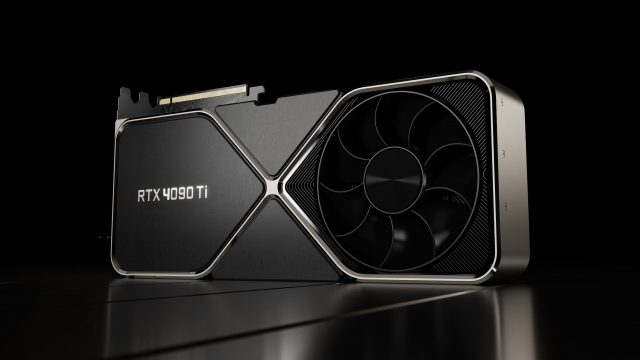 The constant drip of rumors about Nvidia’s upcoming RTX 40-series GPUs has now progressed from Twitter posts to actual photos. A user on the Chiphell forums has posted snapshots of what appears to be the cooling shroud for a 40-series GPU. Though it looks quite similar to the current 30-series Founder’s Edition coolers, there’s one big difference: it’s stamped with the letters RTX 4090 Ti.

The photos appear to be from a factory where the GPUs are being manufactured, via Wccftech. In them we can see the perimeter of the GPU and its backplate. The two most unsurprising aspects of the photos is the cooler looks almost exactly like the current Founder’s Edition shroud, and it’s a thick one. In fact, it looks almost exactly like an RTX 3090 Ti. The photos are in high-resolution and allow us to see how Nvidia has modified the cooler. Previously it was reported that the RTX 4090 would have a TDP of 450W, which is exactly the same as the 3090 Ti. This would explain why the coolers look so similar, but there’s a twist: one of the pieces of metal in the photos is emblazoned with the letters RTX 4090 Ti.

The meat of the cooler resembles the current Founder’s Edition shroud, with a few small changes. (Image: Chiphell forums)

This could mean Nvidia over-engineered the 3090 Ti’s cooling to make it a drop-in replacement for its successor. However, we can already spot some differences. In the image above we can see what appears to be a aluminum heat spreader with several thermal pads. In the RTX 3090 this area was just black metal with  thermal pads. This seems like one way Nvidia could have increased the cooling capacity of the apparatus. The photo shows a layout for the memory modules as well as there’s thermal pads in-place. It’s expected there will be 12 2GB GDDR6X modules for a total of 24GB of 21Gb/s memory.

This appears to a wrap-around aluminum frame for the GPU. (Image: Chiphell forums)

Though it’s difficult to measure with one’s eyeballs, the photo above makes the heatsink’s dimensions appear to be massive. It looks about 2.5″ deep, if not more. It could be our eyes are deceiving us though, as the 3090 Ti is 2.4″ tall. From this angle it looks a tad deeper, which wouldn’t be surprising. It also features a more premium aluminum design than the current model. The existing FE cards have a similar frame but it’s made of plastic. Overall this looks like a slightly larger version of the existing 3090 Ti FE cooler, but again, that’s our eyeball measurement. It’s worth noting that some RTX 3090 Ti partner boards are a 3.5 slot design, so things are about to get ridiculous in the GPU world. In case there was any doubt with GPU this was. (Image: Chiphell forums)

A leak like this is a good sign that the RTX 40-series cards are close to launch. As we reported previously, they are now expected in mid-July. Hopefully the next leak shows the fully assembled card so we can get an idea of what the power connector looks like, and how thick it is. Currently the RTX 4090 is slated to be a 450W GPU with the Ti version consuming 600W. If that’s true then the cooler above can supposedly handle it. It’s possible Nvidia is still keeping some secrets from us that has allowed it to achieve that level of cooling performance with only slight modifications to its cooler. There might be new heat pipes, vapor chambers, more fins on the heat pipe, new materials being used, and so forth. With its launch date approaching more leaks will surely break cover soon, and all will (hopefully) be revealed. 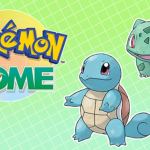 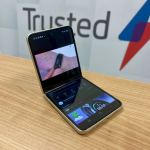