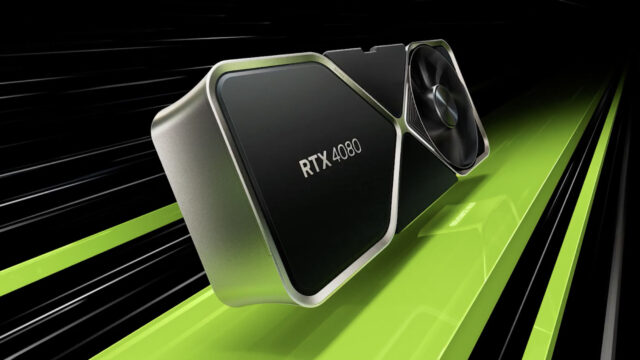 With the launch of Nvidia’s RTX 4080 GPUs, plural, on the horizon, the company has taken an unprecedented step: It’s “unlaunching” the RTX 4080 12GB. As you might recall, this GPU was widely mocked for being a RTX 4080 while offering specs similar to previous x70 GPUs. That includes using a smaller AD104 die, a lot fewer CUDA cores, and a narrow 192-bit memory bus. Nobody was happy with this situation, as Nvidia has never offered two GPUs with the same name and different specs before. Why it chose to do so this time will be a mystery for the ages. Regardless, it has now responded by removing the GPU from its stable. It’s unclear if it will be rebadged as an RTX 4070, or just disappear entirely. As of press time, the GPU has been deleted from Nvidia’s website.

Nvidia announced the abrupt u-turn in a blog post. We double-checked to make sure it wasn’t a parody site, as it’s surprising Nvidia listened to its customers. The company holds the lion’s share of the discrete GPU market, so it can pretty much do whatever it wants. This time, however, it seems to have gone too far.

In its post, the company states the obvious: “The RTX 4080 12GB is a fantastic graphics card, but it’s not named right. Having two GPUs with the 4080 designation is confusing.” Um, you’re just now figuring this out, Nvidia? We knew it was confusing on launch day and said as much. The rest of the blog just reiterates the 16GB version is still coming. Nvidia has also given it a launch date: Nov. 16. The company states that if the long lines at Microcenters for the 4090 launch are any indication, the 16GB version will undoubtedly sell out, too. It is probably right about that. RTX 4090s are already littering eBay with $1,000 added to the price. It seems that even though mining is dead, scalping is still alive and well.

As you can see above, the two GPUs are radically different. In all previous generations, the 12GB card would be labeled as an RTX 4070. Nvidia hasn’t begun talking about that particular GPU yet, so it’s still possible it could turn into one. However, it’s also likely it will be scuttled entirely. We hate to beat a dead horse, but it’s stuff like this that probably helped EVGA decide it was time to quit making Nvidia GPUs. It seems like partners must have already made some of these GPUs, as the launch was just weeks away. Also, the 12GB version was a partner-only card, with Nvidia abstaining from making FE versions. This probably made the decision easier as it had no skin in the game.

The timing of the announcement makes us think Nvidia is reading to the 4080 benchmarks it posted on its website. Every site that covers this stuff leads with a headline about how much slower the 12GB version is than the 16GB model. This just reinforced the idea in everyone’s minds that the 12GB model was a cash grab. Would any gamer really pay $899 for a GPU with a 192-bit memory bus? You might think that’s spec minutia that nobody pays attention to, but a person spending that much money on a GPU would know that. Nvidia’s announcement comes on the heels of an online uproar over those benchmarks, making us think the two events are connected. There’s also another reason for Nvidia to backpedal. Instead of just doing the right thing to reduce consumer confusion, the company is probably just trying to avoid launching a dud. AMD is about to unveil its RDNA3 GPUs on Nov. 3. According to Igor’s Lab, the company will not be able to touch the RTX 4090. However, its flagship GPU might end up right in the middle of both Nvidia RTX 4080s. Recall the 16GB version is $1,199 and the 12GB model was $899. Now imagine AMD putting a card in between those two that performs closer to the high-end, at a price of $700 or so. That would make the 12GB card DOA immediately.

Regardless of its motivations, Nvidia has done the right thing here. Launching a $900 card with x70 specs had led to accusations of Nvidia being greedy. That was an accusation hurled at the company during the pandemic too, as it did things like relaunching the RTX 3080 with a $500 price premium, along with all the various Ti card launches. We know that companies need to make a profit, but offering “new” GPUs with a five to 10 percent performance boost over an existing card seems pointless. Nvidia even bragged to investors in that period about how its customers were paying $300 more than usual to upgrade. Back then, it sold every GPU it made, so it tried to make as many cards as it could. This helped lead to the current oversupply of GPUs.

For now, we will have to wait and see what happens with the RTX 4070. Nvidia will probably just sit back and see what AMD announces on Nov. 3 and then adjust accordingly. It’s already left large gaps between its 40-series GPUs. There is a huge delta between the RTX 4090 and 4080, so a 4080 Ti is probably in the cards. We already know a 4090 Ti will come at some point, too. Where AMD’s chiplet-based GPUs will fit into this matrix remains to be seen. 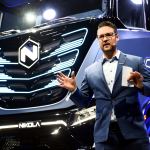