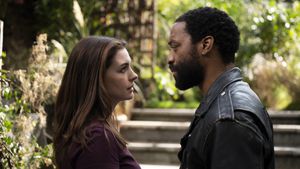 HBO Max is the home of Zack Snyder’s Justice League, but before that novelty 4-hour behemoth arrives mid-March, let’s take a look at what other movies the premium streamer has on offer. From recent flicks featuring the lockdown, to a sweet low-key comedy about great-grandparents preserved in pickle jars, HBO Max has an eclectic bag of star-studded originals.

Whether you like this or not probably hinges on how much you like Seth Rogen. You’re getting a lot of him — he stars in two roles in An American Pickle, first playing Herschel Greenbaum, a struggling Jewish laborer who emigrates to America in 1919. He finds work at a pickle factory — and this is where things get weird — falls into a vat of pickles that preserves him for 100 years. He wakes up in 2019 Brooklyn and hangs out with his great-grandson Ben, also played by Seth Rogen. If you embrace this creative premise, then this is a great low-key comedy for the smaller screen with some impressive chemistry between Rogen and Rogen.

This is a sweet little gem on HBO Max. Unpregnant stars Haley Lu Richardson and Barbie Ferreira as a buddy duo crossing states to where pregnant teen Veronica (Richardson) can get an abortion. Yes, it’s about the issue of pro-choice, with Veronica’s parents refusing to give her permission to have the abortion. But it also slots into the key gear of all road-trip movies, depicting a beautiful friendship between the two leads.

A coming-of-age drama featuring motorbikes. Charm City Kings stars a fresh young cast, including Jahi Di’Allo Winston as Mouse, a 14-year-old swept up in the biking world of Baltimore, much to his mother’s dismay. The film’s strengths lies in its impressive young talent and strong direction of scenes involving motorbike action. Plus WandaVision fans will spot Teyonah Parris in a supporting role. Not perfect, but plenty to admire.

This one’s a bit of a novelty inclusion. See what Robert Zemeckis (director of Back to the Future) and Anne Hathaway did with their retelling of the Roald Dahl classic. Jahzir Kadeem Bruno is Hero Boy, a young boy who is turned into a mouse by Hathaway’s occasionally CGI’d Grand High Witch. No one’s saying it comes close to the 1990 Anjelica Huston original, but it’s intriguing enough to take a little look at.

Let Them All Talk

Meryl Streep playing an eccentric author in a Steven Soderbergh comedy. What more do you need to know? If you do want to know more: Pulitzer Prize-winning novelist Alice Hughes (Streep) is struggling to finish her next book, chased by her literary agent (Gemma Chan). She boards a cruise ship with old friends, who inspired her best-known work. Tensions are strong. It looks great — Soderbergh uses crisp, natural light — and most of the dialogue is improvised. See how Dianne Wiest, Candice Bergen, Lucas Hedges and the rest of the impeccable cast have fun with that.

Anne Hathaway and Chiwetel Ejiofor star in this surprising rom-com heist film from Doug Liman (The Bourne Identity). The film was written and shot during lockdown, and the pandemic actually features in the film’s backdrop. Hathaway and Ejiofor play a couple planning to rob a jewelry store in London while most of the stores are shut. Their relationship has struggled in the lockdown, and they reevaluate a thing or two amid their crazy caper. It’s not the most polished flick, but you’re mainly in it for the charisma of Hathaway and Ejiofor. The inclusion of the pandemic will either intrigue you or turn you away.

New movies coming out in 2021: James Bond, Marvel and more 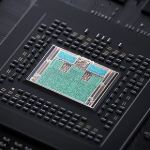 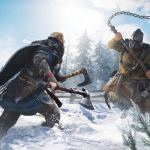