It’s 2022 and is adding the most basic of functions to its iOS and Android apps: dedicated play and shuffle buttons on playlists and album pages. Until now, tapping the button on most playlists started playback with shuffle mode enabled. To play tracks in order, you’d need to tap an individual song.

The split play and shuffle buttons will only be available to Spotify Premium subscribers. While at first glance it might seem odd to only grant paying members access to the separate icons, it makes sense. Beyond , free users are only able to use Spotify in on mobile (this doesn’t apply to the desktop or tablet app). In the coming weeks, Spotify will roll out the separate play and shuffle buttons, which really should have been baked into the app from the jump.

Last year, Adele pressured the streaming platform to remove the shuffle button from albums. She argued that albums should be listened to in order, in the way artists intended. It seems Spotify agreed, as it for albums — though it’s bringing the shuffle button back to those pages with the latest update. 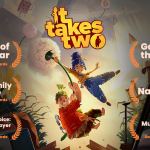 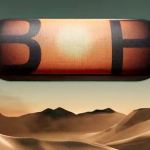