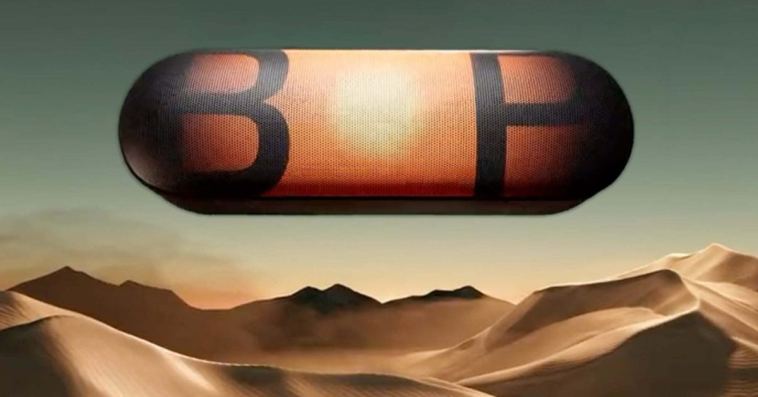 Apple has killed some Beats products recently, such as the Beats Pill+ and the Beats Solo Pro. Now, the company appears to have revived its speaker for another collaboration with Devin Booker and Book Projects with a customized Beats Pill+ inspired by the Sonoran Desert.

The speaker was actually the first totally new product to come from Apple under the Beats brand following its $3 billion acquisition of the company in 2014. The product has now been discontinued without a clear replacement.

The Beats Pill+ originally retailed for $229, but until early this year, Apple sold it in-store and online for $179.95. At the time, the speaker was still available from select third-party retailers, but it had been completely scrubbed from the Beats and Apple websites.

The Beats Pill+ featured a Lightning port for charging and deep integration with the Beats application for iOS and Android. At the time, we reviewed it as a “solid portable speaker and a better product than the Beats Pill 2.0 that it replaces.”

While Beats doesn’t say when it will launch this special edition or how much it will cost, the brand has only revealed on Twitter what it’s going to look like. With a faded black-orange design, it features two letters “B”s with the sun in the middle.

A few months ago, Beats revived the Beats Pill+ speaker in a limited collaboration with Stüssy. On its website, the company said this product “combined the fashion house’s signature Southern California aesthetic with Beats rich, clear sound field.”

Over these past few weeks, Beats has announced two different collaborations to celebrate its wireless earbuds Beats Studio Buds. The last one start being sold this weekend, as you can learn more here.

Once we learn more about this partnership with Devin Booker, 9to5Mac will update the story.

Apple appears to revive Beats Pill+ for another collaboration after killing it in January originally appeared on 9to5mac.com