Carsome has agreed to acquire 19.9% of iCar Asia from Malaysia internet conglomerate Catcha Group. In exchange, Catcha Group will become a shareholder in Carsome Group. Carsome and Catcha Group have also made a joint proposal to iCar Asia’s directors to buy the rest of the company from its shareholders.

Carsome rival Carro revealed one month ago that it raised a $360 million Series C led by SoftBank Vision Fund 2, boosting it to unicorn status. A day after Carro’s announcement, DealStreetAsia reported that Carsome is in talks to raise over $200 million in a pre-IPO round.

Now Carsome says its integration with iCar Asia will create a marketplace that is targeting $1 billion in revenue for this year, with about 100,000 cars transacted annually, more than 460,000 live partner listings and over 13,000 car dealers it its network.

iCar Asia, which is listed on the Australian stock exchange, announced last year that it had received a takeover offer from China-based online auto marketplace Autohome. Catcha Group founder Patrick Grove told the Australian Financial Review that proposal was “one of the casualties of the cold war” between China and Australia.

In a press statement, Carsome co-founder and group chief executive officer Eric Cheng said the deal “is the first step toward consolidation to form the largest digital automotive group in terms of revenue, user base, largest live listing and the best end-to-end fulfilment capacity in the region.”

Carsome Group will acquire iCar Asia in a deal worth $200M originally appeared on TechCrunch.com 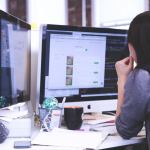 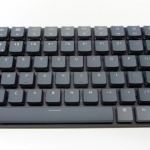