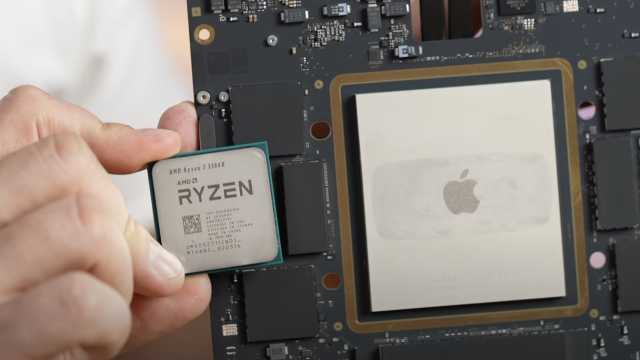 (Photo: Max Tech on YouTube)
Over the weekend YouTuber Max Tech posted a full teardown of Apple’s new Mac Studio PC, and it’s worth watching. Some of the more interesting finds are what looks like an empty SSD port, as well as the physical size of the M1 Ultra chip itself. As you can see in the image above, it’s enormous. Obviously it’s not just a CPU; it’s an SoC with memory, a GPU, neural engine, and I/O on-package. It should be huge, but it’s still jaw-dropping.

The teardown reveals that opening a Mac Studio is simple. On the base of the PC is a rubber ring that’s glued in place. Once that’s gently pried away, several screws are revealed. From there it’s like peeling an onion. There are several interesting aspects to the Mac Studio’s cooling system.

Though the base appears to sport air intake holes, it’s more complicated than that. According to Shelley Goldberg, Senior Director, Mac & iPad Product Design, the holes are drilled at a specific angle that rotates as you go around the perimeter. The alternating angle of the holes reduces turbulence inside the chassis, and directs the airflow over the components. Apple even built a special machine just to drill these holes too. With that out of the way and more screws removed, the power supply was revealed. According to Apple it’s rated for 370W of continuous power, which seems ridiculously low for a “high power” machine, but that’s Apple’s efficiency for you. With the power supply out of the way the first interesting tidbit is revealed: an empty SSD slot. Unsurprisingly, the design looks custom, but it’s clearly a port for something, and it’s empty. There’s one that looks exactly like it directly across it too, which is populated with a drive. Max Tech grabbed an SSD from his Mac Pro to see if it fit the empty port, but it did not. However, the drive on the opposite side did fit. This makes it seem like although the Studio won’t be user-upgradeable, it might be an option in the future. Most likely it will involve bringing the PC to an authorized repair service, or the Apple store. Other YouTuber’s have since confirmed that moving the SSD from one port to the other does not work; there have been reports the removable SSD is blocked at a software level. The big reveal is the M1 Ultra chip (see the very top of this article). Getting to it required removing a ton of screws, undoing a lot of tape, unplugging ribbon cables, and some pretty major surgery. What we can see is that’s it’s a big chip, to put it lightly. For context the RTX 3080 Ti has 28.3 billion transistors compared to the M1 Ultra’s 114 billion,, so if you glued four of them together you’d have something of similar size. The backside of the chip also connected to the chassis to help radiate heat from the SoC. Dual blower fans handle most of the exhaust. They seem to work quite well, as multiple reviews said the unit never got warm, or loud.

Apple has once again shown it’s not afraid to just start from scratch. This time, the final product seems much stronger than the infamous Mac Pro trashcan. Though it’s still a PC with a motherboard, Wi-Fi card, SSD, etc…the overall design is like nothing we’ve seen before. Every single part inside is custom made and naturally, not user-accessible. Or at least, that’s what Apple hopes. 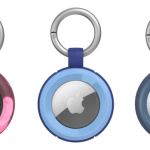 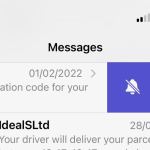