Xiaomi has a bad habit of re-releasing slightly different variants of extremely similar phones for different markets, and it looks like the Redmi Note 9 Pro 5G is the latest device in for this treatment. Today, the company revealed a strikingly similar Mi 10i tailored for the Indian market, coming with a 108MP primary camera, a 6.67-inch display, and the Snapdragon 750G.

Like many Xiaomi phones, the Mi 10i offers great hardware at a low price, starting at only starting at ₹20,099 (~$275). The handset comes with a 120Hz 6.67-inch 1080p LCD screen protected by Gorilla Glass 5 that takes up almost all of the phone’s front, though there is a notable chin on the bottom. The front-facing 16MP camera lives in the top middle of the display. On the back, you’ll find a camera array consisting of four lenses in the top middle, arranged on a circular bump. It’s comprised of the headlining 108MP camera, an 8MP ultra-wide, a 2MP macro, and a 2MP depth sensor.

The Mi 10i is powered by a Snapdragon 750G, which offers some notable AI improvements over its predecessors and better performance. A 4820mAh battery should provide the phone with enough energy for a day, and it supports 33W fast-charging, which allows it to go from zero to 100% in under an hour according to Xiaomi’s measurements. There’s also liquid cooling on board to take some strain off the battery and the processor. Three storage configurations are available: 6GB of RAM and 64GB of storage, 6GB+128GB, and 8GB+128GB.

Compared to many competitors, the Mi 10i has quite an array of great-to-haves: dual stereo speakers, a headphone jack, a side-mounted fingerprint reader, an IR blaster, expandable storage, and an IP53 certification. It’s just a bummer that the pre-installed MIUI 12 is still based on Android 10, so let’s hope it won’t take long to update the phone to the latest release.

Xiaomi says the Mi 10i will get a hands-free experience for multiple voice assistants simultaneously via an OTA update post-launch, which could certainly turn out to be interesting. As for the “i for India” branding, Xiaomi boasts that the phone is the first to launch with the new GPS alternative NavIC, which should allow for more accurate positioning and faster location lock-ins in the country. 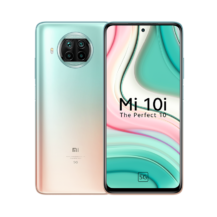 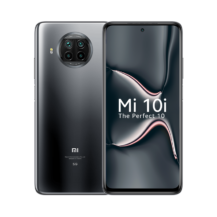 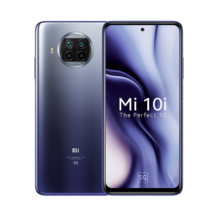 Xiaomi Mi 10i takes on the OnePlus Nord, offering quite more bang for your buck originally appeared on AndroidPolice.com