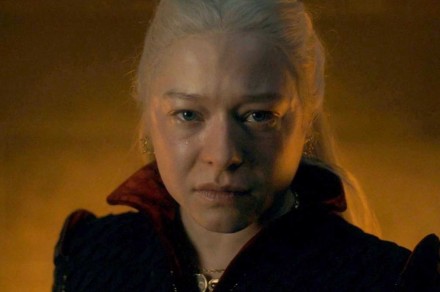 House of the Dragon cemented itself as one of the best shows currently streaming on HBO Max and aired on HBO with an explosive finale that finally began the Dance of the Dragons. After 10 episodes of development spanning 20+ years and multiple storylines, the show finally delivered on its promise of fire and blood and officially kickstarted the Dance following Lucerys Velaryon’s death at the hands of his uncle, Aemond Targaryen. In a major departure from Fire & Blood, Lucerys’ death was accidental, adding an additional dire element to an already tragic story.

With season one such a resounding success, hopes for season two are higher than ever. Before its premiere this fall, there was much arguing about whether House of the Dragon could restore Game of Thrones’ tarnished legacy, and the show lived up to the task, delivering a compelling and thrilling season with stellar performances and incredible writing. Not every choice made by the showrunners was a hit with critics and audiences, but season one of House of the Dragon was an objective success. It drove the conversation every Sunday night, becoming the closest thing to appointment television we’ve had since Game of Thrones ended in 2019.

Now that the Dance has begun, the show can deliver the spectacle fans have come to expect from the saga. Still, the showrunners shouldn’t lose sight of what makes this story so great: clever conversations in elegant rooms and deliciously cunning schemes that determine the realm’s future. Season one focused more on the latter than the former, but season two should change that, considering war is now inevitable. And as we begin the long wait for the next chapter in this story, we can’t help but imagine what awaits us in season two. There are many things we’d like to see, but some stories take precedence over others.

House of the Dragon has plenty of intriguing, three-dimensional characters that keep the story moving. However, none are more compelling or fascinating than Rhaenyra Targaryen and Alicent Hightower. The childhood friends-turned-enemies are the center of the action, and their broken bond is one of the main reasons behind the Dance of the Dragons. The book paints a somewhat superficial portrayal of their relationship, reducing their rivalry to petty feelings of envy and jealousy between them. However, the show goes deeper into their relationship, exploring their initial bond and the causes that provoked the rupture of their once sisterly connection.

At its core, House of the Dragon is a story about female rage. Rhaenyra and Alicent are mothers who become increasingly ruthless after suffering the deaths of their children, and season two needs to explore their rage in full. The death of Luke directly causes a major blow toward Alicent courtesy of Rhaenyra, and their relationship turns fully adversarial because of it.

House of the Dragon needs to take full advantage of this setup, especially because the brief confrontation between Alicent and Rhaenyra during episode seven, “Driftmark,” was one of season 1’s highlights. Olivia Cooke and Emma D’Arcy are incredibly gifted actors capable of delivering outstanding work when given the chance. Pitting them against each other in a battle of wits is too good an opportunity to pass up and will provide season two of House of the Dragon with a more personal angle.

Some of the best episodes in Game of Thrones were battle-centric. From the spectacular “Blackwater” to “The Watchers on the Wall” and the show-stopping “Battle of the Bastards,” battle episodes were among Thrones‘s most technically ambitious and thematically resonant. House of the Dragon had few of these precious hours, which is completely understandable considering the show was more concerned with setting the stage for the Dance. However, the Dance is afoot following the season finale, meaning season 2 must deliver on its pledge and give us at least one major battle.

These episodes allow for spectacular action set pieces but, more importantly, feature major development for the characters by placing them in situations where their survival is put into question. “Blackwater” revealed Cersei’s internal struggle, and “Hardhome” brought Jon Snow to his knees by witnessing the sheer size of the Night King’s army. The brutal and seemingly neverending battles of the Dance should allow House of the Dragon‘s characters to question their choices and reconsider their every move, thus keeping things tense yet compelling. The Dance has no shortage of exciting battles, so the showrunners will have tons of material to adapt.

A hero is a hero, but everybody loves a good villain, and the Dance has no bigger villain than prince Aemond Targaryen. Alicent’s second son, Aemond is the greens’ de-facto commander during the Dance, assuming control of the armies and effectively calling the shots while his incompetent brother barely keeps up. Aemond is arguably the best character in the Dance; he sets the pace and calls the shots while everyone else struggles to keep up, including Rhaenyra and Daemon.

House of the Dragon made a major change to the book’s lore by having Lucerys’ death be accidental. This departure doesn’t necessarily deprive Aemond of his villainy, but it does question the show’s intentions regarding him. Will House of the Dragon attempt to redeem him, or will it stick to the mostly dark characterization he receives in Fire & Blood?

Aemond is a beast in the book, and the greens owe most of their victories to him. Regardless of their eventual plans for him, season two should feature Aemond unleashed and in full control of the greens, especially if the showrunners want to maintain Rhaenyra as a stereotypical hero rather than her more morally complex book counterpart. Aemond is the perfect antagonist for the Dance, and the show should allow him to wreak havoc.

Game of Thrones might’ve owed its later success to Daenerys and her dragons, but the show first became a hit thanks to its unique blend of clever dialogue and fascinating political intrigue. The plots and schemes in King’s Landing quickly became addictive, and audiences couldn’t get enough of the liars trying their hand in the game of thrones. Future seasons focused too much on the spectacle and lost sight of the political angle that first made Throne a success, a mistake House of the Dragon can’t afford to make.

Yes, battles and action set pieces are important, but the Dance of the Dragons is a war of succession. The political angle is crucial to the story’s success, and House of the Dragon must keep it relevant throughout the Dance. It might be tempting to abandon conversation in favor of the best action sequences money can buy, but disregarding the human aspect of the story would result in a tonal and thematic mess similar to Thrones‘s infamous season eight.

House of the Dragon has everything to deliver the perfect mix of scheming and action, but it must resist the temptation of going all-in on the CGI and spectacle. Balance is key with fantasy stories; Thrones achieved it during its height in seasons three and four, and House of the Dragon can, too.

If we’re being completely honest, there is one thing fans of Game of Thrones and House of the Dragon can’t resist: dragons. The mighty lizards are the show’s hook, and House of the Dragon promised to feature a carnival of them. Season one provided enough draconic sequences to keep fans satisfied for the time being, but the Dance is an entirely different beast that demands as many dragons as possible. The war promises multiple dragon-on-dragon conflicts, and the show must deliver on its promise.

Previous dragon battles in the saga took place at night, making it very hard to appreciate them. However, episode 10 featured the short fight between Vhagar and Arrax in daylight, suggesting the show won’t limit its dragon action to night sequences. The Dance has several dragon clashes that fans eagerly anticipate — the battle at Rook’s Rest and, of course, the climactic Battle Above the Gods Eye being the most obvious.

There’s a considerable chance none might occur in season two; if that’s the case, the show must include other dragon battles, and they must be clear and well-realized when they finally arrive on our screens. Dragons need to be front and center next season; the Dance is as much their fight as it is Rhaenyra’s or Alicent’s, and their eventual fate is a direct consequence of the war. The show’s tagline is “Fire and Blood;” there’s been plenty of the latter, but surprisingly little of the former. Season two will need to remedy that if it is to continue to the success it has rightfully earned in its stellar debut season.

You can now stream all of season one of House of the Dragon on HBO Max.

What we’d like to see in House of the Dragon season two originally appeared on DigitalTrends.com 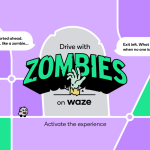 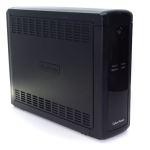