Roku is one of the most popular names in the streaming device category. You’ve probably seen it on Amazon and at Best Buy. What does this strange name and purple color scheme bring to your TV? Let’s find out.

A Brief History of Roku

Roku was founded in 2002 by Anthony Wood. However, not much happened with the company for several years. Before the company had released any products, it started working with Netflix in 2007.

The idea was to create a device to allow people to stream Netflix on their TVs. However, CEO Reed Hastings decided to drop the project and Netflix spun off Roku as its own company. The first Roku was released in 2008, still developed in collaboration with Netflix.

Many people consider Roku to be the first company to popularize the idea of small, low-cost set-top boxes for TVs. As of January 2022, Roku has over 60 million active users. The idea seems to have been well received.

What Is a Roku?

“What is Roku?” and “What is a Roku?” are two different questions. Roku is the name of a company, but it’s also the name of the devices it makes: Roku TVs, Roku set-top boxes, Roku streaming sticks, and Roku soundbars.

All of these devices serve the same purpose—to give you access to streaming services, apps, and games on your TV. The Roku device—whichever type it is—plugs into your TV (or is built into the TV) and displays the Roku software.

Roku set-top boxes are sorta like consoles. They’re little boxes that need to sit on a shelf or your TV stand. Roku streaming sticks are much smaller, the entire device plugs into the HDMI port and hides behind your TV. A Roku soundbar is simply a soundbar with the Roku software built-in.

The last type of Roku is a Roku TV. This is an entire TV that has the Roku software built-in. You don’t have to buy a Roku device separately and plug it in. Everything is built right into the TV and you control it all with one remote.

Essentially, a Roku is a combination of hardware and software aimed to bring streaming services and other content to your TV.

The Best Streaming Devices of 2022

How Does a Roku Work?

Let’s talk about the Roku software, the secret sauce to Roku’s popularity. At its core, Roku devices are intended to be easy to use. That starts right at the “home screen,” the main screen you see when your turn on your Roku device.

The Roku home screen displays all the channels (apps) and games you have installed. They can be installed from the “Channel Store,” which is very similar to the Google Play Store or Apple App Store. There are channels for Netflix, Disney+, Hulu, HBO Max, Amazon Prime Video, Roku’s own channel, and pretty much any streaming service you can imagine.

From there, you can launch the channels and use them like you normally would on any other platform. For example, sign in with your Netflix account and you’re ready to stream TV shows and movies on your TV. The Roku remote makes it easy to move around the screen and launch whichever app you’d like to use.

RELATED: What Is The Roku Channel?

What Do I Need to Use a Roku?

There are really only two things you need to get the Roku experience: a screen and the Roku software. There are a number of ways to achieve this. The most common way is with your existing TV and Roku device.

If you’re in the market for a new TV, you can skip all these external devices and buy a TV with the Roku software built-in. There are many Roku TVs at every size, resolution, and price point. It’s super handy to have it all in one package, but it does mean upgrading the Roku experience requires getting a new TV too.

A Roku is simply a device that turns your TV into a smart TV. It puts apps and games on the big screen, easily controllable with a remote. A Roku is similar to a Google TV or Apple TV, but easier to use. If you are interested in a simple user interface to watch Netflix and other services on your TV, Roku is a good place to start. 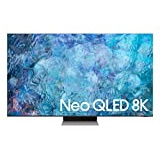 What Is Roku, and How Does it Work? originally appeared on HowToGeek.com 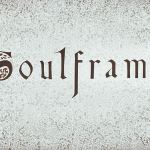 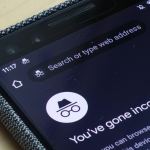