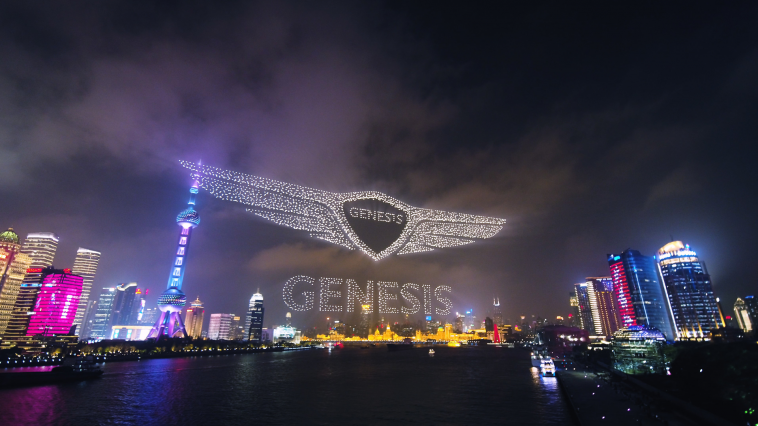 Genesis, Hyundai’s luxury vehicle brand, just set a new Guinness World Record for “The Most Unmanned Aerial Vehicles (UAVs) Airborne Simultaneously” in Shanghai on March 29. At the peak of the performance, 3,281 drones were mobilized to display the brand’s logo and other design formations.

In particularly excellent cyberpunk fashion, the drone show was held at night over the Huangpu River, among the skyline of Shanghai’s iconic neon-lit skyscrapers. During the event, dubbed “Genesis of Genesis,” the drones formed a double helix, a hand, a spiral galaxy, and various iterations of Genesis’ winged emblem and its two sedan models—the G80 and the GV80.

Genesis used the drones to celebrate its official entry into the Chinese market; however, because so many were used, the company also snatched the record from its previous holder, Shenzen Damoda Intelligent Control Technology who used 3,051 drones and had held the record since September 20, 2020.

The use of drones to display a corporation’s logo and products marks a new type of marketing. In its press release, Genesis states that the drone show does more than break a Guinness World Record, it “also represents the audacious spirit of Genesis to challenge conventions, break through the boundaries and inspire new possibilities. Maybe we’ll see more drone-centric marketing campaigns from other global companies in the near future, with this new precedent set.

Watch Over 3,000 Drones Fly Together for the Best Car Commercial Yet originally appeared on HowToGeek.com 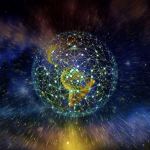 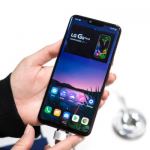