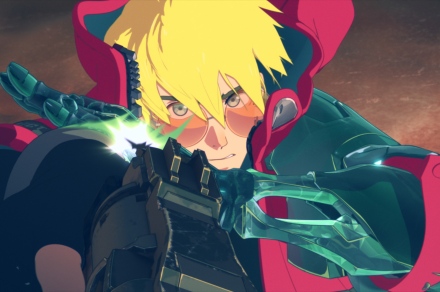 “Time will tell how it will progress, but Trigun Stampede so far looks to be a promising reimagination and showcase for how far CG animation has come.”

Yasuhiro Nightow’s Trigun manga and the 1998 anime adaptation by studio Madhouse are rightfully regarded as classics of their respective mediums, making the prospect of a rebooted version of the story for a new anime a cause for caution for some fans. The original story, while not quite measuring up to or surpassing sci-fi anime contemporary Cowboy Bebop, did manage to stand proudly alongside it — and that alone is a high standard for Trigun Stampede to meet.

Utilizing cutting-edge CG animation, Orange, the studio behind Trigun Stampede, has done an admirable job with its new rendition of a beloved story. It doesn’t presume to replace the original; instead, Orange offers something new, and Trigun Stampede shows, through smooth CG animation and intriguing new plot points, that it’s off to a promising start.

A bold new direction for the franchise

A reboot of an anime and manga classic is never an easy pill to swallow for longtime fans. But, at least so far in episode 1 of Trigun Stampede, Orange Studio has made it clear that it doesn’t intend to be the new “definitive” way to experience this sci-fi Western tale.

Likewise, the series premiere does a solid job of easing audiences into the new core of this story in a way that longtime fans and those who’ve never seen Madhouse’s anime adaptation won’t have issues grasping. Opening up the series with the climax of Vash and his twisted twin brother’s tragic origins highlights what made the long-running mystery of the original story so tantalizing.

If Trigun Stampede was always intended to be a complete reboot and alternative version of Nightow’s manga, this can be equally seen as a smart way to go about starting things off. If a reboot is truly to be in order, there’s little reason for Stampede to save the same mystery for the final third or so of the story.

What’s most interesting and creative from the show’s first episode is the way it’s reimagined its cast of characters. In the classic story, Meryl Stryfe and her companion Milly Thompson were insurance agents tasked with cleaning up after the chaotic messes allegedly left in Vash’s wake, but the former’s origins have reworked her to be an investigative journalist under the tutelage of hardened veteran Roberto De Niro — with Milly omitted entirely.

It remains to be seen how Milly’s absence will be felt going forward, as she was a charming character who grew on you as the story progressed, but the investigative journalist angle combined with a grizzled, somewhat jaded mentor is an exciting new take.

A milestone for CG animation

In the anime community, CG animation is often looked upon as taboo for an adaptation. And while that’s not entirely unfounded — the maligned 2016 Berserk TV anime comes to mind — it’s made impressive strides in recent years, and that includes Trigun Stampede.

Within the movie sphere, the likes of this year’s Dragon Ball Super: Super Hero are examples of well-executed CG animation, and MAPPA’s Dorohedoro is a good testament in the TV anime space.

Orange Studio has done an impressive job, with the animation itself proving to be extremely fluid and expressive in its character work. Just as well, the art style is stunningly vibrant, namely with its use of color and lighting.

Trigun Stampede is an entertaining reboot for both fans and newbies

The character redesign for Vash himself might take some getting used to for some fans, as the creative team leaned a bit too hard into the social media influencer motif. Regardless, the defining aesthetics that make him recognizable — and more importantly, his personality — are all intact to make him a joy to watch and interact with others.

Only time will tell if the creative changes in Trigun Stampede will pay off; only one episode was screened for critics, with the rest under lock and key for all audiences to discover together. Yet the show’s premiere episode has enough visual flair and narrative pull to pull in both longtime Trigun fans and newcomers to the franchise. It’s a bold start, and one can wait to see where it goes.

Episode 1 of Orange’s Trigun Stampede is available to stream now on Crunchyroll, with new episodes premiering every Saturday.

Today’s tech news, curated and condensed for your inbox

This email address is currently on file. If you are not receiving newsletters, please check your spam folder. 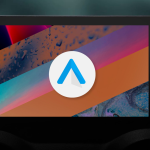 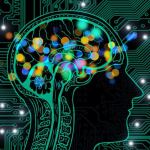