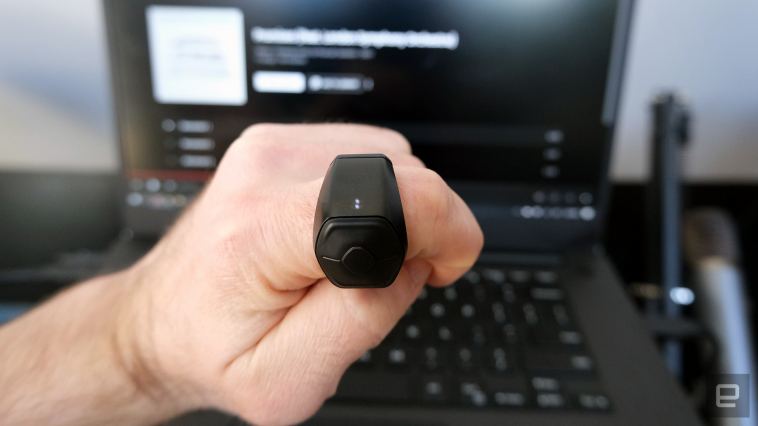 The Genki Wave Ring isn’t the first gesture-based MIDI controller. Nor will it be the last. But let’s be honest, only a tiny sliver of the population actually cares about being able to change the filter cutoff in their DAW with the waggle of a finger. So how do you broaden the appeal of your hands-free controller? Well, in the midst of a pandemic, one sure-fire way is to make it work with Zoom.

So, that’s what Genki did. It took the Wave Ring and gave it the ability to control a whole bunch of basic computing stuff like Zoom calls, slideshows and music playback. The hardware itself is exactly the same as the regular Genki Wave. There are three buttons on the top and a small LED display that gives you feedback on your gestures. You’ll even be able to pay to unlock Softwave, the company’s softsynth and MIDI utility so you can play around with the music-based features eventually. Though, that’s going to be a $100 upgrade.

The Wave for Work app is pretty straightforward and I had little issue getting the ring running seamlessly on my PC. At one point it refused to connect to the app, but simply rebooting the Wave solved the issue. The app will show you clearly what the three buttons do as well as the rotation gesture. Sadly, unlike the regular Wave Ring you won’t have access to gestures like tilt or pan.

Out of the box it works with Zoom, Microsoft Teams, PowerPoint, Keynote, Spotify, Photoshop and few other programs. On the music player side, if it responds to the media controls on your keyboard, it should work with Wave. I tested it with VLC, Spotify and YouTube Music and had no issues pausing or skipping tracks. Holding the middle button and turning your hand also allows you to change the volume just like you were adjusting a large knob. It’s kinda gimmicky, but handy if you’re not next to your computer and want to turn it down for a moment.

Similarly, I was able to confirm that it works with Google Sheets, in addition to the listed apps.

Strangely though, Wave for Work didn’t recognize Google Meet. It worked fine with Zoom, but Engadget uses Meet so I wasn’t able to make much use of it for video calls. Still, having a wearable remote that allows you to turn off your camera or mute your microphone has obvious benefits. I especially appreciated the push to talk feature — simply hold down the middle button and it temporarily unmutes you until you release it.

With only three buttons on the front, you will need to switch modes to control all these different apps. Holding the up or down buttons on the Wave switches between them. The display on the ring helpfully lights up with little icons to let you know which mode you’ve switched to, but it’s easy to miss if you don’t know to look for it.

In addition to video call, presentation and music mode, there’s also a custom control scheme. Now, for some reason, you can’t customize the rotation gesture here. It can control volume or nothing. But you can set the three buttons to trigger any keyboard shortcut you want. So, up and down could switch through apps on your desktop and the middle button could close tabs in your browser. Or, they could switch between scenes in OBS if you’re a streamer. For instance, every two weeks I co-host a radio show about beer and we have specific setups for talk segments and musical breaks and I can discreetly swap between them with the Wave.

Well, somewhat discreetly. The Wave Ring is still a chunky black hunk of plastic you wear on your index finger. It will never go unnoticed. I will also admit that, ergonomically, it’s not always the best. I frequently hit the middle button instead of the top. But, I will give it credit for staying out of the way. I wore it on my hand while writing this entire story and never felt like it was a hindrance.

The Wave for Work is kind of gimmicky. If you’re often leading large group video calls or live streams, or do a lot of presentations I could see some appeal. But for the average (home) office jockey it will be of limited use. But, if you already have a Wave Ring, there’s no reason not to download the ‘for Work’ app and give it a go.

Wave for Work is available now at a special launch price of $99, though it will eventually go up to $149, which will make it a tougher sell.

This wearable MIDI controller can control Zoom calls too originally appeared on Engadget.com 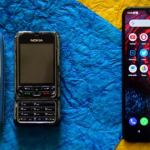 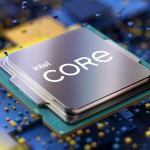