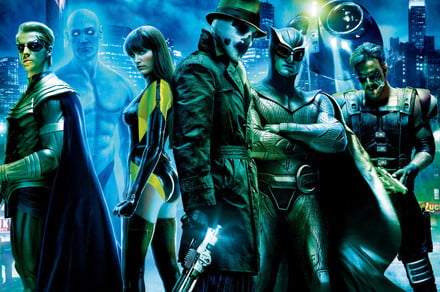 It’s summer movie season, who can blame you for being in the mood for a blockbuster action flick? If you’re a Hulu subscriber, you’ve got an awesome selection of action movies on-demand. From R-rated craziness to more family-friendly PG-13 offerings, Hulu has something for everyone. They’ve even made a few of their own! But with so much to choose from, it can feel like your own action-adventure movie trying to find something. To help you out, we’ve pulled together the best action movies on Hulu currently available.

Those looking for a more faithful adaptation of Alan Moore’s seminal graphic novel than the HBO series may prefer Zack Snyder’s 2009 epic. With Snyder’s typical comic ambience, Watchmen explores an alternate 1985 America in which costumed superheroes (although not with superpowers) roamed the streets openly for decades before being forced to remove their masks during the Cold War. But when one member of a former elite team is murdered, the still-masked Rorschach (Jackie Earle Haley) uncovers a plot to kill and discredit all superheroes past and present. While most of his former associates think he’s paranoid, Rorshach soon begins pulling at a thread to unravel an enormous, catastrophic conspiracy.

This genre-bending flick is set in South London, where three teenagers become extremely unlikely heroes during an alien invasion. Attack the Block is silly sci-fi fun but it’s also a nonstop thrill ride with a surprising amount of heart. It’s easy to root for these un-uniformed extraterrestrial hunters.

This Australian postapocalyptic film was both remarkably prescient and a hell of a lot of fun. In a not-too-distant dystopian future, oil has been depleted and the world is divided into factions. In Australia, a vicious biker gang runs about virtually unchecked, forcing people to enact its will. After his wife and son are hunted down and murdered, Max (Mel Gibson), an officer with the Main Force Patrol decides he doesn’t need the law anymore. Instead, he just needs vengeance and his survival skills.

Rogue makes a strong case for Megan Fox’s transformation into an action star. Fox headlines the movie as Samantha O’Hara, the leader of a group of mercenaries that includes Joey Kasinski (Philip Winchester), Mike Barasa (Greg Kriek as), and Pata (Sisanda Henna). Sam’s team is hired to rescue Asilia Wilson (Jessica Sutton), the daughter of a local governor, from a warlord named Zalamm (Adam Deacon). While fleeing Zalamm’s forces, Samantha and her team encounter a murderous lioness who may truly be the queen of the wild. And this lioness is far more deadly than their bullets or their gadgets.

Nearly a decade ago, Daniel Craig had his best turn as James Bond in Skyfall. It has an unusually personal story for a Bond film, as James’ family history plays heavily into Skyfall itself. There are also high stakes for M (Judi Dench) and MI6 as former operative Raoul Silva (Javier Bardem) uses his technical skills to leak valuable secrets and expose undercover officers. Bond reluctantly comes out of his self-imposed retirement, but he’s far from full-strength. No matter where they go, Raoul is always on their trail. To save M, James will have to confront his own personal ghosts at his family’s ancestral home.

Chloë Grace Moretz takes the lead in Shadow in the Cloud, a film that is both a World War II story and a tale of terror. Moretz portrays Maude Garrett, a flying officer on a mission to transport special cargo on a B-17 bomber. While Staff Sergeant Walter Quaid (Taylor John Smith) treats Maude with respect, the rest of the crew seems openly hostile toward her. To complicate things even further, Maude also spots a creature that is seemingly sabotaging the plane. But it’s Maude’s personal secrets that may end her mission well before the creature can imperil the mission.

The future is what you make it, but it wasn’t a good one for Sarah Connor (Linda Hamilton). In Terminator: Dark Fate, Sarah is haunted by the death of her son at the hands of a rogue T-800 (Arnold Schwarzenegger). Much to Sarah’s surprise, history seems to be repeating itself when a cyborg warrior, Grace (Mackenzie Davis), comes back in time to protect Dani Ramos (Natalia Reyes) from the advanced Terminator, Rev-9 (Gabriel Luna). But even these formidable women are overpowered by the Rev-9’s abilities. That’s why they turn to an unexpected source for help: The Terminator who killed John. Unfortunately, “Carl” is far more human than he used to be and less than a match for his younger counterpart.

Based on Mark Millar’s graphic novels, Kick-Ass follows nerdy teenager Dave Lizewski (Aaron Taylor-Johnson) who uses his love of comics as inspiration to reinvent himself as a superhero. Dubbing himself “Kick-Ass,” Dave hits the streets to fight crime, despite lacking any special powers. Naturally, he mostly gets his ass kicked. But when he joins forces with the father/daughter vigilante team of Big Daddy (Nicolas Cage) and Hit-Girl (Chloe Grace Moretz), he soon finds himself at the center of a high-stakes war with a mobster.

One of the most terrifying (and provocative) zombie movies of recent memory, Train to Busan is absolutely electric from start to finish. In the midst of a zombie outbreak, a man, his estranged daughter, and a group of passengers are trapped on a speeding train in South Korea. While it shares elements of popular action movies like Speed, 28 Days Later, and Snowpiercer, Train to Busan is wholly unique in its pulse-pounding madness.

Hulu does have the 1995 adaptation of the Judge Dredd comic with Sylvester Stallone in the title role. But the 2012 film, Dredd, is by far the superior of the two. This time, Karl Urban steps into the role of Dredd, one of the Judges tasked with keeping Mega-City One safe in the future. Olivia Thirlby nearly steals the entire movie as Cassandra Anderson, a rookie judge whose telepathic abilities prove to be quite an asset. While investigating a few brazen drug murders, Dredd and Anderson are trapped in an apartment complex by its resident crime lord, Madeline “Ma-Ma” Madrigal (Game of Thrones‘ Lena Headey). But Ma-Ma forgot the most important things about Dredd: “He is the law,” and he will never back down from a fight.

In Boss Level, Frank Grillo’s Roy Pulver dies almost as soon as the movie begins. Then it all happens again, again, and again. That’s the problem for the ex-Delta Force soldier. Someone wants Roy dead, and he would already be gone if he wasn’t stuck in a time loop. Fortunately for Roy, he’s been trapped for so long that he’s been able to anticipate the moves of his would-be assassins. Regardless, the odds are stacked against Roy as he tries to break the loop and save his ex-wife, Jemma Wells (Naomi Watts), from a dire fate. Each trip through the loop gives Roy more experience and intel. But is it enough for him to change his fate and escape with Jemma?

Hotel Mumbai is inspired by the true story of the 2008 terrorist attacks in Mumbai. That’s why there are no action heroes here, and the violence feels all-too-real. Zahra Kashani (Nazanin Boniadi), her husband, David (Armie Hammer), and the rest of the guests at the Taj Hotel are held hostage by terrorists. Yet even in this hopeless situation, heroes emerge. For example, Arjun (Dev Patel), a waiter who risks his life to help the guests escape. Not everyone makes it out alive, but the spark of humanity demonstrated by the ordinary people triumphs over the senseless murders and the overwhelming despair that follows.

The Mission: Impossible films are almost always terrific, but Mission: Impossible — Ghost Protocol is a cut above the rest. Animator Brad Bird made his live-action directorial debut with this film, as Tom Cruise’s Ethan Hunt was dragged into another global crisis. Ethan’s IMF team is framed for a bombing in Russia, which forces them to go underground without any official backup. Ethan can trust his old friend, Benji Dunn (Simon Pegg). However, Ethan is less sure about his new allies, William Brandt (Jeremy Renner) and Jane Carter (Paula Patton). William is holding on to secrets of his own, while Jane’s thirst for vengeance may jeopardize the entire mission.

Think of The Expendables as the Avengers of action stars. It’s almost an all-icon cast even before Bruce Willis and Arnold Schwarzenegger make their cameo appearances. Sylvester Stallone directed the film and stars as Barney Ross, the leader of an elite group of mercenaries that includes Lee Christmas (Jason Statham), Yin Yang (Jet Li), and Gunner Jensen (Dolph Lundgren). On a mission to take out a foreign dictator, Barney and his team realize that their real target may be rogue CIA agent James Munroe (Eric Roberts). And one of Barney’s former members may be working for the other side. 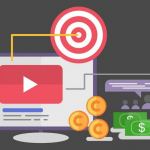