TCL isn’t just content to move into the smartphone business. The company is also expanding its now well-known TV lineup to include Android TV-powered models here in the US as well — so far as we’re concerned as the Android Police, that’s a step up in smarts compared to the previous Roku models. Two new 3-Series Android TV-powered models are available now through Best Buy. And though they aren’t the biggest or highest-resolution TVs out there, they are cheap.

Although TCL’s formal announcement of the change is a bit light on details, the company’s site has more info.

The new TVs come in two different sizes and resolutions: a 32″ 720p model, and a 40″ 1080p model. Some of the specs between the two are the same, like an unnamed dual-core chipset, Dolby Digital Plus audio support, 802.11n (2.4GHz and 5GHz) Wi-Fi support, and 2 HDMI inputs (one with ARC). Other specs vary between the sizes, with the larger model supporting a 120 Clear Motion Index, vs. the 32″ model’s 60 CMI, and more powerful 8W+8W stereo speakers, compared to 5W+5W.

TCL doesn’t say which version of Android TV its devices are running, but it’s probably Android 9 Pie, delivering the same sort of experience you’d be used to from other devices. That means apps from the Play Store, easy ‘casting, and built-in Assistant support. TCL also says it has a “voice remote” with a built-in mic for issuing commands and shortcuts to Netflix and YouTube. 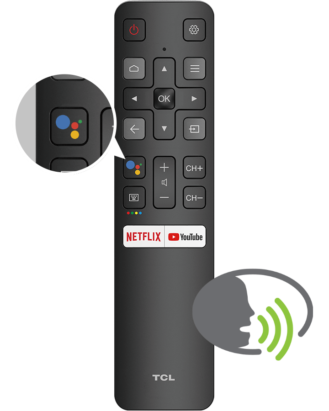 If you’re interested, both TVs are available now at Best Buy. The 32″ 720p model is a mere $130, while the larger, higher-resolution 40″ version is $200. Neither has big features like a 4K UHD resolution or Dolby Vision HDR, but they are very cheap, and sometimes the price is all that matters.