We’ve heard a number of leaks to suggest Sony is getting ready to release a brand new pair of noise-cancelling headphones for 2020. The follow-up to the five-star Sony WH-1000XM3 will likely be called the WH-1000XM4.

So far we’ve seen images, an FCC listing, a draft instruction manual and multiple early retailer listings, along with hints picked up from the Sony Headphones Connect app.

From the price and release date to brand new features including Smart Talking and Edge AI, here’s what we know about the Sony WH-1000XM4 so far.

The Sony WH-1000XM3 have been out for nearly two years, and Sony tends to update its 1000X series every couple of years.

The first notable leak was an FCC listing in December 2019 under the XM4 name, as reported by The Verge. There was speculation they could be unveiled at CES 2020, but the show passed with no announcement.

More likely the stage for the XM4 wireless headphones reveal will be IFA in September. Sony has announced previous versions at the Berlin-based event, so it would make sense to keep up tradition. IFA 2020 is still going ahead, albeit in a new format in line with coronavirus advice. If the headphones are going to be announced anywhere, we’d put money on IFA.

Other leaked info implies a late August/early September reveal to be quite likely. Spotted on an official document from Sony Belgium/Netherlands (whoops), the document is titled ‘SBNL AUDIO Trial Models Summer’ and listed on the document are the XM4. We assume they’ll undergo some testing ahead of the official launch.

That’s further corroborated by Best Buy US uploading a sales listing with a price of $349.99, as found by The Walkman Blog.

The headphones have also appeared and been removed from Walmart US, Polish retailer X-kom and Czech Republic online retailer elvia pro. All sites indicated the WH-1000XM4 would be priced in line with its predecessors. 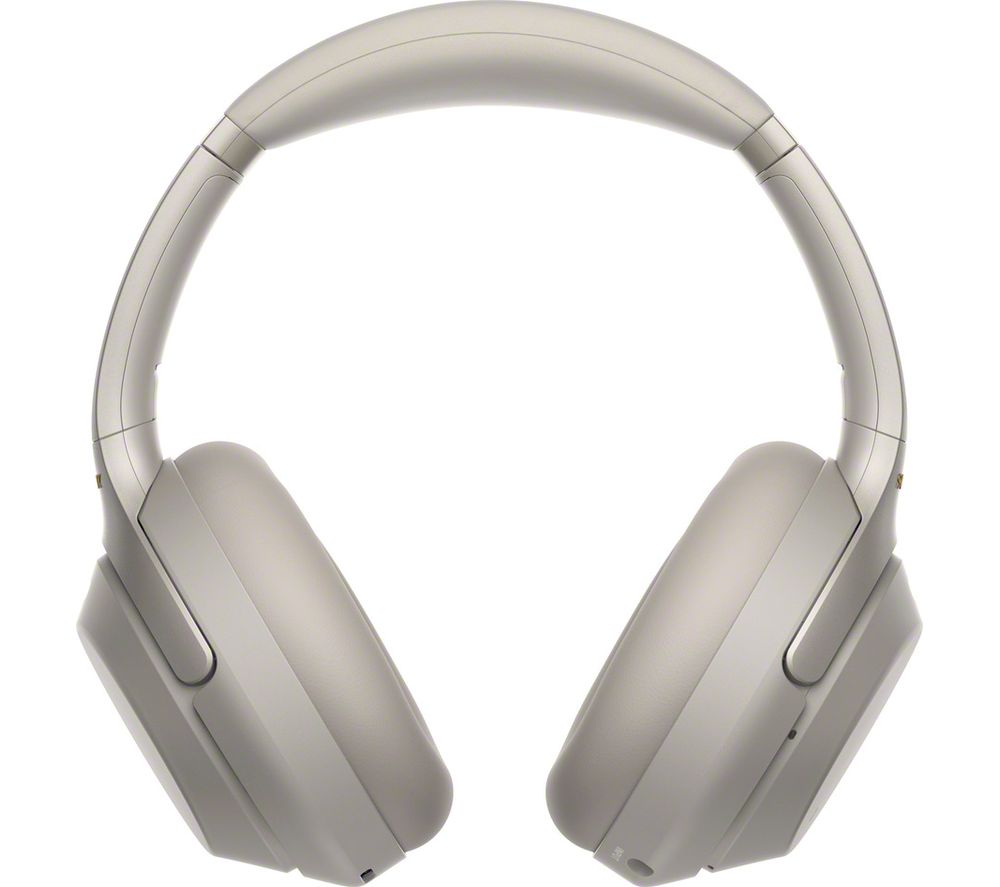 Powered by Trusted Reviews
About our deals

What features will the Sony WH-1000XM4 have?

From the various leaks, the WH-1000XM4’s design appears to be evolution rather revolution. That’s not wholly surprising given Sony likely won’t want to drastically change a winning formula.

Everton Favretto spotted them on an Anatel listing – Brazil’s version of the FCC – and subsequently posted images. You could almost mistake them for being another pair of WH-1000XM3. The colour scheme is similar, the physical connections remain and the profile is the same.

The Anatel listing came with an instruction manual as well. While the manual is unfinished, the info in it indicates the headphones’ specification has been improved.

There’s a new feature called “speak to chat”, which is likely a reference to voice assistants which might suggest hands-free control. Currently, Alexa, Google Assistant and Siri are activated by a touch of a button, so perhaps this features removes the need for a physical button at all.

There’s a new Custom button, presumably for setting ANC levels. And perhaps it’s just our eyes, but the ear cushions do appear to be bigger. Considering how comfortable the XM3 were, more of this would not go amiss.

Battery life is also up from 36 hours to 40 when used passively (i.e. with the headphone cable) and ANC is at max levels. Bluetooth will be the 5.0 spec, and savings appear to have been made in power consumption, down from 8W to 2W.

The new Bluetooth standard has since been confirmed by a prematurely published Walmart listing (via LaptopMag). The Walmart spec sheet also promises that battery life will continue to land at 30 hours when used with Bluetooth and that the headphones will offer fast charging, with a quick 10 minute charge offering up to five hours of playtime.

The Walmart leak mentions a new Precise Voice Pickup feature, which according to the listing, “optimally controls the five microphones built into the headphones and performs advanced audio signal processing to pick up your voice clearly and precisely for hands-free calls”.

The listing expands on the previously leaked Headphones Connect app feature Edge AI. The feature upscales compressed digital music files in real time and is capable of “dynamically recognising instrumentation, musical genres, and individual elements of each song, such as vocals or interludes, it restores the high-range sound lost in compression for a richer, more complete listening experience”.

The headphones are also expected to include adaptive sound control, allowing the headphones to automatically adjust to the location and behaviour of the user.

One of the most requested new features corroborated by the Walmart listing is the headphones’s ability to connect to two devices simultaneously and switch between them at the touch of a button. This feature was initially spotted by Twitter tipster @justplayinghard in May.

Upon inspection of the Headphones Connect app, the leakster discovered more features including Smart Talking, a feature that will automatically engage ambient sound for a period of time when it detects a voice, as well as DSEE Extreme which we don’t know much about yet but will likely yield further AI enhancements to the audio.

Sony WH-1000XM4 − What to expect from the wireless over-ears originally appeared on TrustedReviews.com