Diablo Immortal is maybe the biggest news in Android gaming this week, and for good reason: fans have been waiting for this new entry in the series for ages. While the reception the game is getting is a little mixed, everybody wants to try it out for themselves. Unfortunately, if you're on a Samsung phone powered by an Exynos chip, you might be in for a less-than-great experience.

Samsung phones built around Exynos chips already have a reputation of being a bit worse than their Snapdragon-based cousins. Even if Exynos doesn't have the best performance, we still expect apps to at least run correctly. But in the case of Diablo Immortal, as reported in a Reddit thread (via SamMobile), Exynos users are likely to come across a few visual artifacts when playing the game, ranging from minor texture glitches to game-breaking issues. These were initially reported to only affect budget phones like the Galaxy A13 or older flagships like the Galaxy S10 and Note10 lineups, but it also seems to be affecting even recent flagship phones like the Galaxy S22 series.

The Diablo Immortal development team is aware of the issue and is working to release a fix as soon as possible. For the moment, there doesn't seem to be any workaround, and in fact, the team is apparently exploring disabling downloads on these devices. The problem only affects Exynos-powered handsets and not all Samsung phones — if you have one with a Snapdragon chipset, you shouldn't face any issues while playing the game. 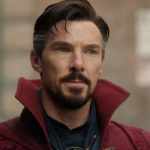 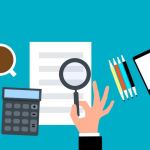