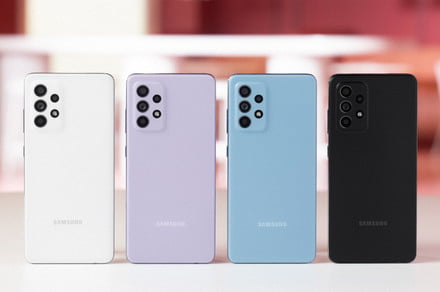 Samsung is bringing a slew of new A series phones to the U.S. The company announced its new A52 and A72 globally last month, but it turns out there are a ton more devices in the A series, and many of them will be available stateside.

Unfortunately, the highest-end device, the A72, will not be available in the U.S. — though given the existence, and regular discounts, of the Galaxy S20 FE, that may not be such a big deal. Even with the absence of the A72, however, there are five A series devices to launch in the U.S.

Here’s a rundown of Samsung’s new A series phones in the U.S.

The Samsung Galaxy A52 5G is the highest-end A series device to come to the U.S. The device is aimed at offering some premium features at a lower price, and to that end, it actually has a lot going for it, especially given the $500 price tag.

Unlike the other A series devices on this list, the A52 has a hole-punch cutout for the front-facing camera, serving as the only interruption to its 6.5-inch 1080p display. Speaking of the display, it boasts an impressive 120Hz refresh rate, meaning that you’ll get a similar display experience to the much more expensive Galaxy S21.

Under the hood, the Galaxy A52 offers a Snapdragon 750G coupled with 6GB of RAM. The Qualcomm 7 series has proven itself over the past year as a solid performer for midrange phones. You’ll also get 128GB of storage, though there’s a microSD card slot for those who want to expand upon that storage.

On the back of the device, you’ll get an impressive quad camera array, with one 64-megapixel main camera with optical image stabilization, one 12-megapixel ultrawide camera, one 5-megapixel macro camera, and one 5-megapixel depth sensor. It’s a little unfortunate that there’s no telephoto camera here — that seems to be a feature that Samsung is limiting to its higher-end phones. On the front, there’s a 13-megapixel camera. Powering it all is a 4,500mAh battery, and the device runs on Android 11.

Generally, the A52 seems to have a relatively sleek and stylish design. It looks kind of like a more refined take on the Galaxy S20 series, with a defined camera module that still matches, and blends into, the rest of the phone.

The Samsung Galaxy A42 may not be as premium as the Galaxy A52, but it still offers very similar performance for a lower price. You’ll get the same Snapdragon 750G processor coupled with 4GB of RAM and 128GB of storage, though again, there’s a microSD card slot.

To achieve the lower price, Samsung has downgraded a few features. Most notably, the 6.6-inch display has a 720p resolution with a 60Hz refresh rate, so don’t expect the same premium display experience. The display also has a small notch instead of a cutout.

The camera on the Galaxy A42 has three sensors instead of four, though it should still offer a decent experience. You’ll get a 48-megapixel main camera with an 8-megapixel ultrawide camera and a 2-megapixel depth sensor. The phone ships with Android 11.

So how much will all this cost? The Galaxy A42 comes in at $400, which is $100 less than the Galaxy A52. It’s available from both Verizon and Samsung.

The Galaxy A32 is a step down in performance, but it retains some of the higher-end features on offer by other devices. Under the hood, the phone has a MediaTek Dimensity 720 processor coupled with 4GB of RAM and 64GB of storage, and there’s a microSD card slot for expanded storage.

The display sits in at 6.5 inches, with a 720p resolution. Interestingly, it also has a 90Hz refresh rate, and while it’s not quite as high as the 120Hz refresh rate on the Galaxy A52, it should still make for a very smooth and responsive experience.

On the back of the Galaxy A32, there’s a quad camera with a 48-megapixel main camera, a 8-megapixel ultrawide camera, a 5-megapixel macro camera, and a 2-megapixel depth camera. Like the higher-end Galaxy A42, there’s a 5,000mAh battery, which should last at least a day of moderate use. The phone ships with Android 11.

The Galaxy A32 comes in at $280, which seems like a pretty great price for a phone with this set of features. It will be available from T-Mobile, Metro by T-Mobile, and Cricket Wireless starting on April 9.

The Galaxy A12 seems like a solid value pick, but it definitely starts to get into the lower end of phones. The device is powered by a MediaTek P35 processor coupled with 3GB of RAM, which should be able to handle most basic tasks but isn’t going to be the powerhouse that some may want. You’ll also get 32GB of storage, with a microSD card slot for expandable storage.

The display on the Galaxy A12 comes in at 6.5 inches, and it has 720p resolution and a 60Hz refresh rate. On the back of the device, you’ll get a quad camera, with a 16-megapixel main camera, a 5-megapixel ultrawide camera, a 2-megapixel macro camera, and a 2-megapixel depth camera. On the front, there’s an 8-megapixel camera. Unfortunately, the phone ships with Android 10 rather than Android 11.

The Galaxy A12 may not offer as much as the higher-end A series devices, but it also comes at a pretty stellar price. The device is available from AT&T, T-Mobile, Metro by T-Mobile, and Cricket Wireless for only $180.

The Samsung Galaxy A02s is at the lowest end of the new A series phones, and it’s built for those who want a solid phone at as low of a price as possible. To that end, the phone is available for only $110, though it won’t be available until April 29.

The Galaxy A02s comes with a Snapdragon 450 processor coupled with 2GB of RAM and 32GB of storage, and again, there’s a microSD card slot for expandable storage. Powering it, like some of the other new devices, is a 5,000mAh battery. Like the Galaxy A12, you’ll get Android 10 here.

The Galaxy A02s will be available from Verizon and Samsung starting on April 29 for $110.

Samsung bets big on the Galaxy A in the U.S. with 5 phones, starting at $110 originally appeared on DigitalTrends.com 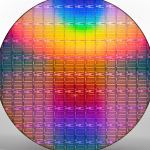 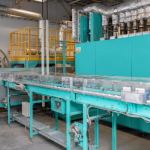