There’s only one true Wordle, and it comes from Josh Wardle

There’s a hot new game out there that’s gone viral. It’s called Wordle, and it’s a web-based word game created by Josh Wardle, a software engineer currently residing in Brooklyn. Over the last few months, his game has absolutely exploded, it’s honestly a bit of a phenomenon, and so there are going to be a bunch of people out there just learning about the game, and they may run across similar titles that go by the same name, but these are not the true Wordle. Nope, the true Wordle can only be found on the creator’s website.

If you didn’t already know that Wordle can only be played on Josh Wardle’s website, you might think it’s an app with how many people are playing it on their phones. And there’s the rub, if you search on the Play Store for Wordle, you get two matching results, both with the word Wordle in their titles. Unlike an unscrupulous developer on iOS who has outright cloned Josh’s game, the two Wordle games on Android predate Josh’s invention, and so they simply share a name as it’s a fairly obvious portmanteau of the words Word and Puzzle.

The thing is, Josh named his game Wordle as a play on his last name Wardle, creating a strange coincidence where the two games on Android that are older than Wordle just so happen to sport the same name despite both offering gameplay that’s totally different.

Oh, and don’t worry, even though Wordle isn’t an app, you won’t have to play Wordle in a clunky webpage. You can bookmark the game’s site to your homescreen, and when you tap that bookmark, Wordle opens fullscreen without the browser’s search bar in the way, allowing the game to look and play like a native Android app. It’s honestly pretty slick. All you have to do is navigate to the game’s website, click on the three dots that make up the upper left overflow menu, and tap on “Add to Home screen.” This will place a shortcut to the game on your homescreen that plays in fullscreen. Best of all, you can even play offline, which is pretty convenient for all of you commuters out there.

But a fix is on the way

Matthew is a furious nitpicker and something of a (albeit amusing) curmudgeon. A person who holds an oddly deep interest in Android and advancing the state of gaming on the platform. Some may say a ridiculous task, but it is one he is willing to take on from the comfort of his armchair.

PSA: These apps are not the Wordle game you’re looking for originally appeared on AndroidPolice.com 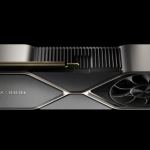 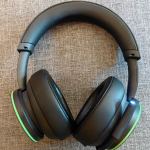