A couple of months ago, Among Us developers InnerSloth revealed that their multiplayer Mafia-style game has become so popular that they cancelled plans for a sequel. Instead their energy is now focused on improving the existing game, which is available on mobile devices (iOS, Android) and PCs via Steam.

After working to address some election-linked spam attacks with a server-side update, the team released a patch today that adds an option for anonymous voting, as well as toggles to show the task bar’s progress always, during meetings or never. Along with new cosmetics, it also has a “first pass” at colorblind support, which is a key accessibility change for a game that largely relies on colors so that players can tell one another apart.

The update many players are waiting for could arrive next month to add accounts. That would allow players to create friends list and report fellow players who are toxic or hacking the game. They also mentioned the new map in development which will be available for free to all players which is “Henry Stickmin themed” and larger than the current Polus map. Finally, on Twitter, InnerSloth co-founder and Henry Stickmin creator Marcus confirmed 12 – 15 player support is also in the works, so that one day we can all join a game with Alexandria Ocasio-Cortez.

Persistent ‘Among Us’ accounts could arrive in December originally appeared on Engadget.com 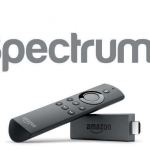