The OnePlus 8 Pro is by far the expensive smartphone OnePlus has ever produced. At $900, it’s within shouting range of “proper” flagships like the Galaxy S20 and iPhone 11 Pro. While it does come with the company’s most impressive array of features ever, there’s no doubt that fans of OnePlus have balked at the idea of a near-$1000 OnePlus smartphone—a phone from the company that debuted the original OnePlus One at just $300. Compared to even the outgoing 7T Pro, the 8 Pro comes with a big price hike, and that’s what we’re taking a closer look at in this article. Is OnePlus justified in such a substantial increase when you look at its flagship from late 2019?

From a design perspective, there’s a clear family resemblance, yet these two phones feel very different in the hand. The OnePlus 8 Pro is taller, a shade narrower, and also a little lighter, so it doesn’t seem quite so cumbersome to hold. Although it looks similar from a distance, the camera bump is substantially larger on the newer phone. The alert slider is smaller and less prone to accidental changes, thankfully. The bezel around the bottom of the display is ever so slightly smaller, but the top portion is now interrupted by a punch-hole cutout — gone is the motorized pop-up selfie camera from the last two generations, for better or worse. 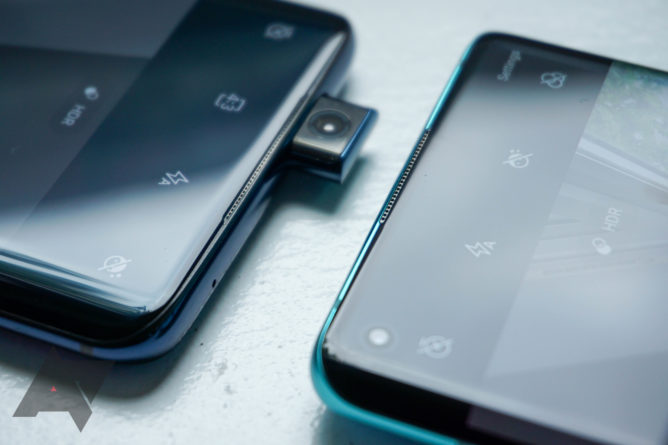 What most irks me about the 8 Pro’s design is the more aggressive curves on either side of the display. They create an off-angle color shift that I’m never able to ignore, but some people may find this more agreeable. In terms of the finish, I must say that this Glacial Green color option is probably the best I’ve ever seen on a phone, and I know others who feel similarly about the vivid Ultramarine Blue. The matte frosted-glass is great at hiding fingerprints and smudges, and it just pops beautifully in the right light. That about wraps up the meaningful external differences, but what about the internals? 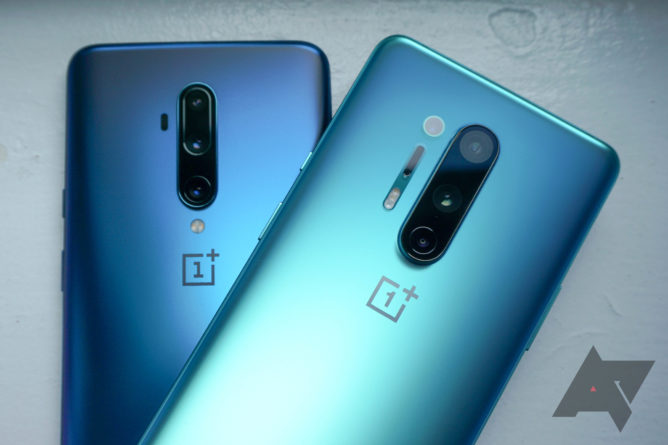 The features you’ve been waiting for

There are two key additions to the OnePlus 8 Pro that fans and critics alike have long been calling for — wireless charging and an IP rating. The excuse for not including wireless charging has always been that the company didn’t want to introduce a method of charging that was much slower than its wired fast charging solution. Whether you buy that or not (cost-saving surely has something to do with it), the OnePlus 8 Pro has surprised many by launching with insanely fast wireless charging. Warp Charge (formerly Dash Charge) has been capable of outputting 30W for the last couple of generations and now its wireless solution matches that, so long as you fork out $70 for the proprietary charger. 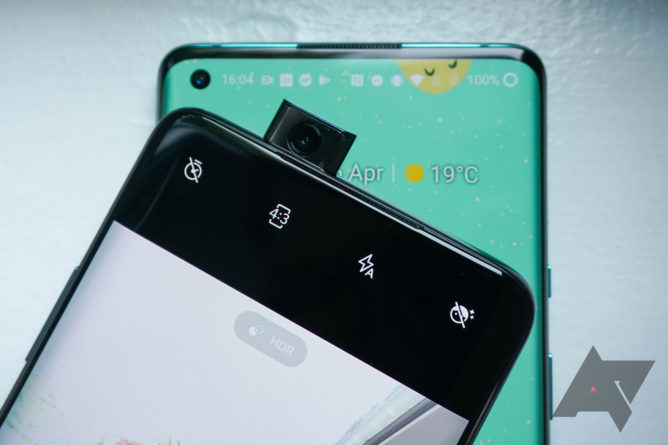 Although OnePlus has claimed that the 7T Pro and other recent phones have water and dust-proofing built-in, they’ve still lacked an official IP rating. This was once again a cost-cutting measure since certification isn’t free, but OnePlus has finally given in. The 8 Pro has an IP68 rating, meaning that it can be submerged in water 1.5m deep for up to 30 minutes and is completely dust-proof, and that’s in line with all the other competing flagship phones. How much this really adds to the price of the phone is anybody’s guess, but it’s something else to tick off the list of hardware feature requests.

The other reason it’s so expensive

While those two features are somewhat responsible for the price hike, there’s something else that’s deserving of far more blame: the chipset. Every phone that’s so far launched with a Qualcomm processor and a 5G modem has been pricier than its LTE-only equivalent, but the difference with the Snapdragon 865 is that 5G is mandatory. The X55 5G modem is non-negotiable, which means any OEM wanting to outfit their phone with 2020’s flagship chip has no choice but to go all-in with 5G, and that comes at a significant cost.

This is why LG has confirmed it’s next big phone — the all-new Velvet — will use the cheaper Snapdragon 765 mobile platform with its included 5G modem, and it’s been rumored that Google has made the same decision for the Pixel 5. You could argue that OnePlus should have opted for the more economical SoC in the OnePlus 8, but consumers would expect nothing less than the best in the Pro model, so the 865 was the only realistic choice. Still, when you compare the $899 MSRP of the base variant, it’s still substantially cheaper than a similarly-specced Galaxy S20+ ($1,200).

What else is new?

Since the pop-up camera is gone, that means an all-new display with a punch-hole camera cutout. It’s slightly larger at 6.78-inches (vs 6.67-inches), and it looks even better. OnePlus really brought 90Hz displays into the mainstream, and now the 8 Pro adds another 30Hz on top of that. Even though the jump from 90 to 120Hz isn’t quite as striking as the difference between 60 and 90Hz, it’s still preferable to have the highest refresh rate possible. The display brightness also maxes out at 1,300 nits now, far higher than the previous generation, and it’s now got a color-adapting feature akin to True Tone on the iPhone or Ambient EQ on a Pixel. 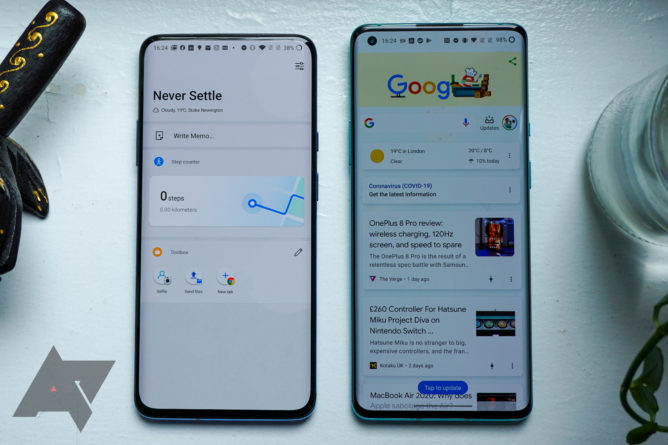 The OnePlus launcher finally replaces the Shelf with the Google Discover feed.

Cameras haven’t always been OnePlus’s strong suit, but real progress has been made with recent models. The 48MP primary sensor (Sony IMX586) used in the OnePlus 7T has been repurposed for the ultra-wide on the 8 Pro, which instead gets new the larger Sony 689 sensor, still 48MP but 1/1.4’’ in size. Both of these cameras are capable of taking very attractive photos, as Ryne explained in our review, but perhaps they’re a little heavy on the processing. The new telephoto is a disappointment, however — despite being sharper than before, it produces rather hazy results more often than not. Despite the smaller OnePlus 8 having a dedicated macro camera, the super close up shots from the 8 Pro taken in macro mode using the ultra-wide come out far better. The final camera upgrade is the new and curious addition of a color filter camera that doesn’t seem to do anything you can’t already achieve with Instagram filters. But hey, it’s good to say you have four cameras, even if two of them aren’t tremendously useful. The front camera has a slightly smaller aperture but is otherwise unchanged.

Other notable improvements include the battery, which as well as being able to charge wirelessly is also 425mAh greater in capacity and offers excellent battery life, sometimes up to two days. The in-display fingerprint scanner is just as fast as ever and now has a larger area of action, and connectivity is boosted with WiFi 6 and Bluetooth 5.1. Supported audio codecs include aptX, aptX HD, LDAC, and AAC.

Is it worth the money?

All in all, the OnePlus 8 Pro represents a polished smartphone experience that exceeds anything the company has put out before. Sure, it’s more expensive, but some of that is down to the state of high-end Qualcomm processors in 2020. If you want to buy a OnePlus 8 Pro but don’t intend to use 5G, you’ll be understandably miffed at having to pay a premium for functionality you don’t need, but the same will be true of many flagship smartphones to come out this year. 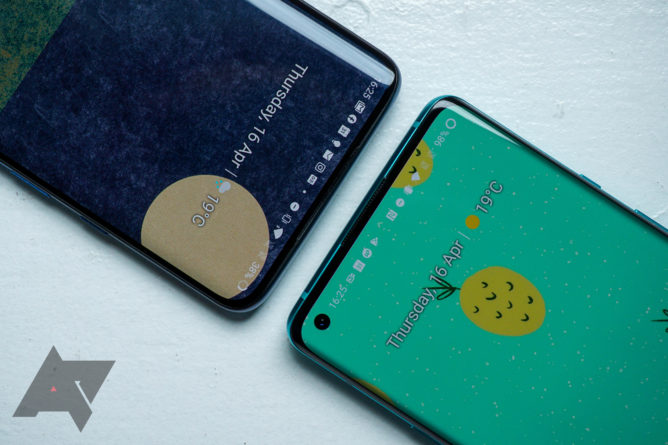 Apart from that, the price hike can be explained by the addition of meaningful features such as rapid wireless charging and an IP68 rating, not to mention other top-of-the-line elements such as the excellent display, decent cameras, and refined design. When you compare the spec list to the 7T Pro and look at the price, it’s not hard to see why the phone is substantially more expensive and comparing it to recently released rivals such as the Samsung Galaxy S20+ also proves favorable for OnePlus. Indeed, if you compare the 8 Pro to the McLaren Edition 7T Pro, you’re getting wireless charging, an IP rating, and other updated internals for the same price. The OnePlus 8 Pro is the most expensive phone the company has ever made — if you go for the $999 configuration — but it’s also the best. If you can afford it, you’re unlikely to be disappointed. 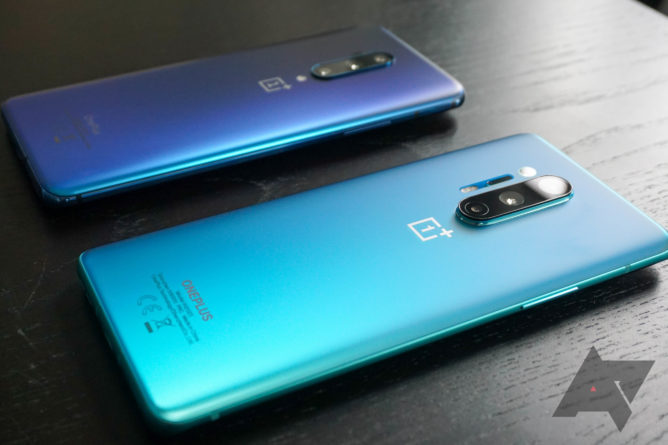