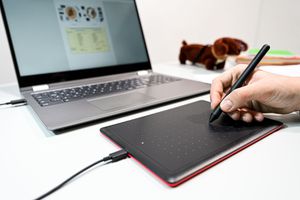 Chromebook users have another option for getting their drawings or writing on their screens. The One by Wacom pen tablet is now Works with Chromebooks certified, which means it is fully compatible with Chrome OS devices. Select Chromebooks such as the Lenovo Chromebook Duet and new Samsung Galaxy Chromebook 2 have displays that work with Universal Stylus Initiative (USI) pens. Support for Wacom’s entry-level pen tablet gives students, teachers and budding digital artists access to pen input regardless of their Chromebook’s display.

The $60 One by Wacom pen tablet, not to be confused with the Wacom One pen display, is a small, basic pen-and-tablet combo that connects to your Chromebook via a USB-A port. The pen has 2,048 pressure levels and is battery-free so you don’t have to worry about keeping it charged up. The pen is also replaceable should it go missing.

The past year saw tremendous growth in the Chromebook market, especially for education and business use. Several new models were introduced at CES 2021 aimed at those users as well. Google regularly adds new capabilities to its Chrome OS, the operating system that runs Chromebook and the pen tablet support will likely bring new users to the category. Plus, Wacom is working with Google to offer support for additional Wacom pen tablets and displays.

Get a roundup of tech news, featuring the best and most important stories from each week.

One by Wacom pen tablet the first to work with Chromebooks – CNET originally appeared on CNet.com 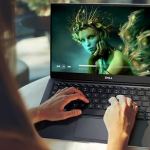 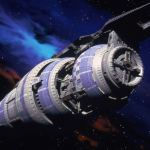