Microsoft hasn’t just discontinued most of its outgoing Xbox One consoles — it also scrapped one of the staples of online Xbox gaming. The company confirmed to TrueAchievements (via IGN) that it stopped selling 12-month Xbox Live Gold memberships. You can still buy one- or three-month access, but you’re out of luck if you want to commit for the long term.

The spokesperson didn’t outline why Microsoft was discontinuing the year-long Gold offering. Gold is required to play most Xbox content online and provides free games each month.

It’s hard to ignore the circumstances of the move, however. The change comes just as Microsoft unveiled plans to bundle Project xCloud with Xbox Game Pass Ultimate and is otherwise expanding its gaming services ahead of the Xbox Series X launch. This doesn’t necessarily mean that Microsoft will drop the features associated with Gold, but don’t be surprised if the company changes how you get those features. 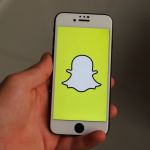