The iPhone 12 and iPhone 12 Pro went on sale last Friday with 5G touted as a flagship feature, but Google Fi customers are currently not able to use that faster network.

At the start of this month, Google officially detailed how “Fi’s 5G coverage is nationwide and comes included in all plans.” The faster speeds were pitched as allowing for film downloads “in minutes” and 1080p HD video calling, while the map tool was updated to show where 5G is available in the US.

5G is the next generation of mobile network technology that provides a faster, more stable connection with less lag.

As an MVNO, Google is leveraging T-Mobile’s network, and notes how “You can get 5G on Fi with a 5G-compatible phone designed for Fi, or by bringing your own unlocked device compatible with T-Mobile’s 5G network.”

Even before Google updated the Fi website with 5G information at the start of October, the latest Android phones have already been accessing the faster T-Mobile speeds for months. Additionally, Google expanded its MVNO deal with Sprint, which was still independent, in early 2019 to offer 5G. Compatible phones from that carrier were able to automatically connect with seamless hand-off.

Google confirmed to us the current lack of 5G support on the iPhone 12, but that it’s working to resolve:

Right now Fi 5G is not supported on iPhone 12 series; we’ll keep customers updated on the latest via our help center. 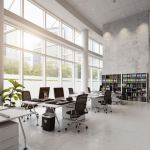