Following the official announcement of Vive XR Suite back in June, today HTC is finally making its VR collaboration tool available to all, giving users full access to all five apps on their desired platform or type of device — be it a VR headset, computer or smartphone. Subscription starts at $30 per seat per month, or $250 per seat per year. This works out to be more affordable than subscribing to a professional account for each app, which is needed if you want to create and schedule events.

At today’s launch event, HTC’s China President Alvin Wang Graylin added that NVIDIA and Accenture have signed up to help promote Vive XR Suite (they are also users, of course), with manufacturers like HP and Pico preloading the software on their respective devices. Nreal will even be customizing Vive XR Suite for its mixed reality glasses.

At the same event, Qualcomm’s Head of XR Hugo Swart told us to expect many new standalone VR headsets — based on the same Snapdragon XR2 chipset as the Oculus Quest 2 — to be launched in China between now and the first half of next year. As for HTC’s next standalone headset, Graylin confirmed that this won’t happen until 2021. 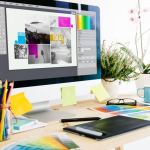