In 1992, when Nintendo’s Super NES and Sega Genesis ruled home video gaming, Gravis brought console-style controls to the PC with its PC GamePad. It sold well and opened the door to new styles of gameplay on PCs. Here’s what made it so memorable.

Why a PC GamePad Was Remarkable

Despite the Nintendo mania that’s raged in the U.S. since at least 1988 (thanks to the blockbuster success of the NES), it was several years before for the first console-style gamepad made its way to IBM PC compatibles. British Columbia-based Advanced Gravis Computer Technology (then known for its PC joysticks) took the first step with its four-button Gravis PC GamePad.

At the time of the GamePad’s release, the best-selling genres of PC games skewed toward non-action, like RPGs, adventure games, flight simulators, and strategy games. These suited the platform well. A typical PC contained (relative to game consoles) ample RAM, lots of rewritable disk space, and a keyboard or mouse as the input device.

It was in the plucky realm of shareware games, distributed freely on BBSes, that console-style action gameplay got its start on PCs. The Mario-style platformer, Captain Comic, led the pack in 1988 and became an underground hit.

Once VGA graphics cards became widely available on PCs, and processor speeds increased (which allowed for smoother graphics prior to hardware acceleration), more games became action-oriented. The time was then ripe for a PC controller with digital directional control.

By that time, the PC GamePad had captured the market with its sizable lead and become the de facto standard for console-style PC games.

Prior to the PC GamePad, if you wanted to use a game controller on your PC, you used a joystick. The standard, 15-pin PC game port was an optional feature that started out as a dedicated expansion card and later found its way on to sound cards. It was designed for analog joysticks, rather than the digital controls common on the game consoles of the time.

So, it took a logical and engineering leap (albeit, not an incredibly difficult one) to provide digital game console-style controls through an analog interface. Gravis was ready and willing to make that leap. Thus, the firm was rewarded handsomely with a product that remained a best-seller through the end of the ’90s.

In addition to PC specs and game genre innovations, another reason it took so long to see a PC-based gamepad likely had to do with patents. In 1982, Nintendo released the Donkey Kong Game and Watch, the first product with a cross-shaped directional pad (D-pad).

This D-pad proved there was an inexpensive way to pack four-way directional control into a small space. One year later, a similar D-pad made its way to the Nintendo Famicom, the Japanese precursor to the Nintendo Entertainment System. That design became a hallmark of home video games.

Nintendo held a patent on the D-pad design, so when other firms tried to imitate the control scheme, they had to make changes to avoid patent infringement. For example, Sega changed the distinct four-way pad into a circular piece of plastic with four raised sections on its Genesis controller.

Gravis took a similar approach with its PC GamePad, which also included a circular directional pad. It also took a step further away by including a tiny plastic joystick you could screw in to the directional pad. Using this stick proved very awkward in practice, though. One could speculate it was only used to avoid infringing on Nintendo’s foundational game controller patents.

There was room for innovation on Gravis’ part, however. In a first for PC game controllers, the PC GamePad included four action buttons. By default, the IBM PC game port could only support two, so games had to be specially programmed to utilize all four on the Gravis pad.

If a game didn’t support four buttons, you just flipped a switch on the lower edge of the pad, and the extra buttons became turbo versions of the original two.

Another innovation was the second switch on the GamePad that allowed for left-handed play. When switched, you could turn the GamePad 180 degrees and control the D-pad with your right hand, and the buttons with your left.

With its four colored buttons and round design, the PC GamePad seemed designed to resemble the Super Famicom pad, but care was taken here, as well. Unlike the Super Famicom (and Super NES), the Gravis GamePad wasn’t symmetrical. Its lopsided design wasn’t uncomfortable, but could’ve been better ergonomically.

While the GamePad certainly wasn’t perfect, it did the job very well at the time.

Curious which games people played with their Gravis PC GamePads? Well, as we mentioned previously, the GamePad worked best with action-platforming shareware titles, like Commander Keen, at first. But players soon found it also came in handy with almost any type of action PC game, including early first-person shooters, like Wolfenstein-3D and Doom.

Before long, many PC games natively supported the Gravis GamePad, and all four of its buttons. The controller was even featured in some games. For example, Epic Games’ shareware classic, Jazz Jackrabbit, includes what appears to be an in-game advertisement for the PC GamePad.

“We loved those game pads for early PC games,” Tim Sweeney, CEO of Epic Games, said via email. “So, we promoted it whenever we had the chance and they sent us (and players) lots of free ones. I don’t remember if there was any money involved.”

Eventually, more complex controllers (like the PlayStation-esque Gravis GamePad Pro) came to the market. Then, USB came along and killed the need for a 15-pin game port.

However, many PC gamers of the ’90s will always have a special nostalgia for the original PC GamePad—even if some of them didn’t like it.

RELATED: How to Play Classic “Doom” in Widescreen on Your PC or Mac

How to Use the Gravis GamePad on a Modern PC

We’ve certainly come a long way in console-style PC gaming since the Gravis PC GamePad. Today, we can easily use Bluetooth controllers from major consoles (including Xbox One, Nintendo Switch, and PlayStation 4) with our modern PCs. Platforms like Steam can also convert our PCs into a seamless, console-like experience.

But if you happen to have a vintage Gravis GamePad (or any old IBM PC joystick with a classic 15-pin connector) lying around, you can still use it on a modern PC with a USB adapter. It could be a fun way to bring back old PC gaming if you pair it with DOSBox and a copy of Commander Keen.

RELATED: How To Use DOSBox To Run DOS Games and Old Apps

How the Gravis PC GamePad Transformed PC Gaming in the ’90s originally appeared on HowToGeek.com 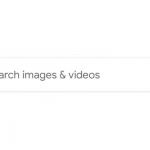