iPhone icon packs are everywhere. You can buy them on websites like Gumroad, and you’ll even see advertisements for them on Instagram. People have been sharing screenshots of their home screens with customized icons on social media, too—but how do these icon packs work? And what’s the catch?

An iPhone Icon Pack Is a Bunch of PNG Files

When you buy an iPhone icon pack—or download a free one—you’ll get a pack of images. These will likely just be standard PNG files, although they could be another format.

Icon packs contain a variety of icons created by an artist or a team of artists, and they’re designed to match each other and look good together. Some might all be brightly colored icons on dark backgrounds, designed to better fade into a dark background, for example.

The appeal is obvious: Since these icons are all created by the same artist (or at least designed in a consistent style), they’ll look more at home together than the standard set of icons that comes with your iPhone apps, where each company creates its own icons in its own style.

In other words, icon packs are themes for your iPhone’s app icons.

You Have to Manually Create Each Shortcut

Apple didn’t design the iPhone’s iOS operating system with support for icon packs. You can’t install and use an icon pack in just a few taps. Unfortunately, the setup process will take some time.

Icon packs work thanks to a feature included in Apple’s Shortcuts app for iPhone. You can create a shortcut that launches an app (use the “Open App” action), and you can place this shortcut on your iPhone’s home screen. You can then choose a custom icon image for your shortcut. Ta-da: You now have a custom app icon.

However, you’ll have to manually create an icon for each app you use. Depending on how many apps you have on your home screens, setting up the icon pack could involve hours of tapping away at your Shortcuts app. 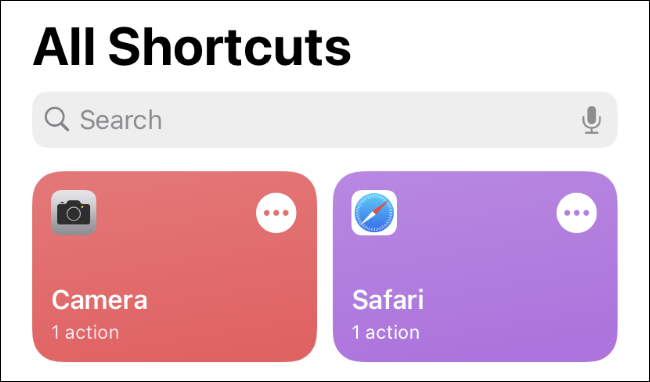 Thanks to iOS 14, however, the original app icons that you don’t use can be hidden away in the App Library, so they won’t mess up the look on your custom home screen.

RELATED: How to Use Custom App Icons on Your iPhone and iPad

You’ll See a Notification When You Launch an App

Apple has improved the way that custom app icons work. They used to slow down your iPhone by opening the Shortcuts app each time you launched a custom app shortcut. However, this problem was fixed in iOS 14.3, which Apple released in December of 2020. The custom shortcut will now open your chosen app directly.

However, you will see a notification-style banner every time you launch an app using a custom shortcut. After you tap the shortcut, the app will launch instantly—and a banner will slide in from the top, informing you that the shortcut was just run. This banner only appears for one second and then slides out of your way without any taps, but it can be distracting.

There’s no way to get rid of the banner. However, you can avoid it by switching to an app with the app switcher rather than tapping the shortcut icon on your home screen.

By the way, your custom app icons won’t have notification badges, either. If you depend on those, you’ll need to stick with the normal app icon.

Notifications will, of course, still be available in the iPhone notification center, and you can head to the App Library to see which of your apps have badge notifications on them.

If you want to customize your iPhone with custom shortcuts, go right ahead. Just know what you’re getting yourself into before paying for an icon pack: You’ll have to do a lot of manual tapping to set up each icon yourself.

The good news is that, although it’s time-consuming, it’s not very complicated. Creating a custom shortcut is simple, and once you’ve done it once or twice, you’ll be able to repeat the process quickly. You’ll then have a personalized home screen that will stand out.

Of course, you’ll see that Shortcuts banner for a second every time you tap an icon, and notification badges won’t appear on your icons.

How to Find iPhone Icon Packs

To find iPhone icon packs, just perform a web search for “iPhone icon pack” in your favorite search engine, whether that’s Google Chrome, DuckDuckGo, or something else. You’ll find a variety of websites rounding up their top picks—both free and paid—with screenshots.

Unfortunately, at the time of writing, you can’t download icon packs from the Apple App Store

There are lots of custom icon packs out there, with more being released all the time. After all, anyone with some graphics skill can put together their own unique packs.

Want more iPhone customization? Some icon packs also include wallpaper background images that match the icon theme, and you can also create custom widgets with apps like Widgetsmith to further customize your iPhone home screen.

RELATED: How to Create Custom Widgets on iPhone

How Do Icon Packs Work on iPhone? originally appeared on HowToGeek.com 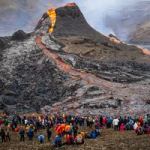 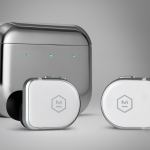