Last month, HBO announced that Wonder Woman 1984 would debut on its HBO Max streaming service on December 25, the same day it will open in US movie theaters. The film will also be the first title to be available in 4K on the platform. Now, right in time for the movie’s launch, HBO is rolling out support for 4K UHD and HDR on select Android devices.

The new update, v50.8.1.240, is already available on the Google Play Store, but you can also download it from APK Mirror. In addition to 4K, the new app introduces support for Dolby Vision and Dolby Atmos for supported devices — formats that will be supported by WW84.

HBO says that 4K streaming will be available for the following devices:

HBO Max is also available on Playstation, Xbox, and Roku, but it seems like you won’t be able to stream in 4K on those just yet — they’re capped at 1080p for the time being. To begin with, only Wonder Woman 1984 will be available in UHD on the service, but more high-res movies will be added over the course of 2021. 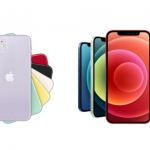