Apple doesn’t want game streaming services on the App Store. But if you can stream via the web instead of a dedicated app, it’s okay—at least that’s what Amazon is banking on with its new Luna streaming service. A Stadia fan has decided that’s good enough to try and bring Google’s service to the iPhone.

The app is called “Stadium” from developer Zachary Knox, and it’s a minimal web browser with only two real functions: the ability to modify its user agent information, and support for Bluetooth game controllers. The first one is so you can make Google’s web-based Stadia client think that you’re using the desktop version of Chrome, and the second one is so that you can actually play said games on something other than a touchscreen.

It works! While it’s (presumably) not as fluid and seamless as a dedicated Stadia app for iOS would be, it lets you play those games on an iPhone or iPad, all while staying well within Apple’s updated App Store rules regarding game streaming. And crucially, this web browser from a third-party developer doesn’t actually mention any game streaming service, so Apple can’t claim that it’s an attempt to circumvent its policies. Users have to manually input both the Stadia URL, and the Chrome user agent string: Mozilla/5.0 (Macintosh; Intel Mac OS X 10_15_5) AppleWebKit/537.36 (KHTML, like Gecko) Chrome/85.0.4183.83 Safari/537.36. Then they need to authenticate on a separate Google site in order to successfully log in.

Of course, Apple hasn’t exactly been known for applying its rules even-handedly. If the company decides to kick Stadium off the App Store, even without an adequate explanation, there’s not a lot the developer can do about it. But making that call would be tricky in terms of business and politics, as Apple is currently fighting a legal battle about developer access to the App Store and staring down the barrel of a potential anti-trust investigation.

For the moment, it’s time to enjoy Stadia on non-Android phones for the first time. Have fun!

Google Stadia Comes to iOS, Sort Of, Via a Third-Party Browser originally appeared on HowToGeek.com 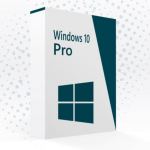