That five-year promise is just for security patches, which is good, but also lame

Google’s big five-year update promise for the Pixel 6 isn’t quite as good as we’d hoped it would be. Somehow, the company found a way to drop the ball on that promise to make things just that little bit more awkward now that the dust has settled. See, Google promises five years of updates, but just for security patches. Actual OS-level major version updates will only be guaranteed until October 2024, meaning you get three years of OS updates and are only guaranteed to get Android 15.

Now, this is a minimum commitment; Google can go beyond the provided schedule if it wants to according to its “at least” language. But historically, Google only ever extends that commitment by a few months at the very best. And while the lip service of an ambiguous five-year update guarantee in an announcement sounds great on paper — finally competing with Apple! — the obscurity and distinction between OS updates and security patches hide the unfortunate truth: Apple’s still beating Google on this one.

When you get right down to it, Google’s only actually extending the Pixel 6 and 6 Pro’s update schedule for security patches by two years. The Pixel 5 and all currently supported Pixels are guaranteed three years of OS updates as well. Even though Google is now in charge of hardware on a whole new level thanks to the company’s Tensor chip and can probably do whatever it would like to, it looks like Google doesn’t actually want to extend its update commitment in the way we’d all hoped.

If you were hoping the Pixel 6 and 6 Pro might be long-haul Android phones, they still are, but probably not in quite the way you’d hoped. In three years they’ll still be secure, but you probably won’t be getting any more OS upgrades, like you would on an iPhone — and I’m pretty salty about that.

Ostensibly a senior editor, in reality just some verbose dude who digs on tech, loves Android, and hates anticompetitive practices. His only regret is that he didn’t buy a Nokia N9 in 2012. Email tips or corrections to ryne at androidpolice dot com.

Google is only giving the Pixel 6 three years of Android OS updates originally appeared on AndroidPolice.com 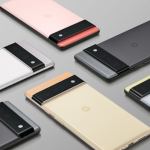 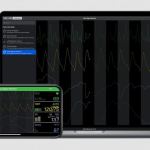