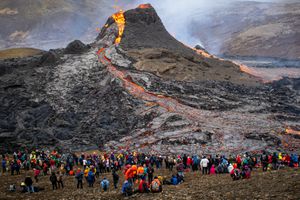 Over the weekend a volcano — named Fagradalsfjall — near Iceland’s capital Reykjavik, erupted.

It marks the first time the volcano has erupted in 800 years. It’s an eruption that Icelanders have been expecting for several weeks and, thankfully, no one has been hurt as a result.

Stay in the know

Get the latest tech stories with CNET Daily News every weekday.

In the wake of that eruption, incredible footage of the volcano, and the lava spewing from it, has been released. The results are absolutely gobsmacking.

This drone footage, shot by Bjorn Steinbekk, is perhaps the best of the lot. It’s staggering.

A livestream has also been set up to allow people to observe the volcano online. It’s currently still broadcasting. Nothing but respect for the scientists who set that one up.

At current time of writing the volcano is glowing in the dark, creating a properly hellish set of orange hues. Well worth being hypnotised by, at least for a few minutes.

A second livestream, from a much farther distance, has also been set up.

For those of you who just want the highlights, this timelapse of the footage is great.

The night timelapse is even more compelling…

Finally, this image, and the accompanying photography, gets incredibly close to the volcano and its effects. 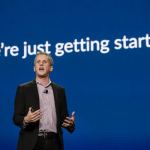