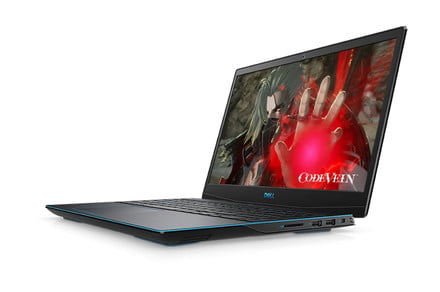 Steam’s new PC-like console the Steam Deck is pretty sweet, but the first batch won’t be here until December. Who knows how long it will be until more are available after that. Grabbing a gaming laptop might be the better choice if you want something now, especially since there are a ton of gaming laptop deals available.

Dell is hosting some juicy limited deals on gaming laptops. You can grab the G15 Gaming Laptop — with a 10th-generation Intel Core i7 8-core processor and a Nvidia GeForce RTX 3050 Ti — for $1,000. That’s over $300 off. The Dell G3 15 Gaming Laptop is also on sale for over $400 off or $800 with free shipping. It has a 10th-gen Intel Core i5 four-core processor and a Nvidia GeForce GTX 1660 Ti. You can read more about those gaming laptops and deals below.

The Dell G3 15 Gaming Laptop has a striking design and customizable RGB. Inside is a 10th-gen Intel Core i5 four-core processor with an 8MB cache and clock speeds up to 4.5GHz. The large 15.6-inch FHD LED display has super narrow borders and runs at 1920 x 1080 at 120Hz. You also get a Nvidia GeForce GTX 1660 Ti GPU with 6GB of GDDR6 dedicated VRAM, 16GB of DDR4 RAM, a 512GB M.2 solid-state drive, and Intel WiFi 6 AX201 with Bluetooth. It comes with Windows 10, but you’ll get a free upgrade to Windows 11 when that launches. Dell is offering this beast for $419 off, normally $1,219. That brings the final price down to $800 with free shipping and express delivery. If you have any interest, act soon — this is a limited availability offer, and when it’s fully claimed, you’ll miss out!

Also beautiful, sleek, and lightweight, the G15 Gaming Laptop is a powerhouse. It starts with the impressive 10th-gen Intel Core i7 8-core processor with a 16MB cache and clock speeds up to 5GHz, and it extends to the 8GB of DDR4 RAM and the Nvidia GeForce RTX 3050 Ti with 4GB of GDDR6 VRAM. It has a 15.6-inch FHD anti-glare LED display with narrow borders and runs at a native resolution of 1920 x 1080 at 120Hz. A 256GB M.2 SSD, Intel WiFi 6 AX201, Bluetooth, and a four-zone RGB backlit keyboard are all part of the deal, too. Speaking of deals, Dell is offering it right now for $309 off, normally $1,309. That means you’re getting it for $1,000 with free shipping and express delivery. But it’s a limited availability deal, so hurry if you want to snag one for that price.

If you want to see what else is out there before you make a big decision, we don’t blame you. We rounded up all of the best gaming laptop offers below. Take a look!

Dell slashes gaming laptop prices across the board today originally appeared on DigitalTrends.com 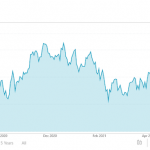 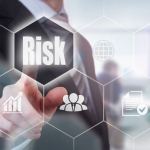