Blackmagic Design has announced a new version of its DaVinci Resolve video editor, which comes with hundreds of new features and improvements. The DaVinci Resolve 17’s final version isn’t officially out yet, but you can download its public beta from the developer’s website if you want to take advantage of what it can offer, which includes an easy way to create videos for Instagram.

You’ll be able to take a 16:9 HD or Ultra HD video and quickly generate square or vertical versions that you can post on social media. The feature uses the DaVinci Neural Engine to identify faces and reposition them inside the video, so you don’t have to manually check or crop each frame. Another new feature called “magic mask” also relies on the DaVinci Neural Engine to automatically create masks for object isolation. It can quickly make masks for a whole person, for instance, or for specific parts such as faces or arms to make editing a much faster process.

In addition, DaVinci Resolve 17 comes with new HDR grading tools that allow you to create custom color wheels for the specific tonal ranges you want. The wheels could even include exposure and saturation controls, giving you the power to make fine adjustments as needed. Blackmagic’s upgraded program comes with improved audio features, as well. It has a new analysis tool that can detect individual words, beats or sound effects. The tool marks them as vertical lines in the waveform to make it easy to identify specific parts of a video for sound editing.

Aside from announcing new version of its video editor, Blackmagic has also introduced a new DaVinci Resolve Speed Editor console. The accessory was designed specifically for the program, with keys and a dial that give you quick access to DaVinci Resolve’s features. While the DaVinci Resolve software itself is free to use, the console will set you back $295. 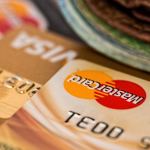