Following an unexpected uptick in RMA requests, Corsair has initiated a limited recall for some of the manufacturer’s SF series of small form factor PSUs. The SFX power supplies, which were most recently revised in 2018 with the introduction of the SF Platinum series, have quickly become some of the most popular SFX power supplies on the market due to their high quality as well as Corsair’s reputation for support. The latter of which, as it turns out, is getting put to the test, as the company has discovered an issue in a recent run of the PSUs.

As noted by the crew over at Tom’s Hardware, Corsair has posted a notice to its forums alerting users of the recall. According to the company, an investigation of RMA’d PSUs has turned up an issue with PSUs made in the last several months. When in an environment with both “high temperatures, and high humidity”, the PSUs can unexpectedly fail. The fault is apparently a highly variable one – Corsair’s notice reports units failing both out of the box and later on – but thankfully seems to be relatively benign overall, as the problem is on the AC side of the transformer, well before any power is fed to PC components.

Ultimately, while it’s not an issue that Corsair believes will impact every SF series PSU, it’s enough of an issue issue that the company has initiated a voluntary recall/replacement program for swapping out the affected PSUs. According to the company, the issue is only present in PSUs manufactured within the last several months – from October of 2019 to March of 2020 – with lot codes 194448xx to 201148xx. PSUs manufactured before that window are unaffected, as are PSUs manufactured afterwards. The lot codes can be found on the PSU’s packaging, or if you’re like a certain editor-in-chief who has thrown out their box, it can be found on the PSU sticker itself. 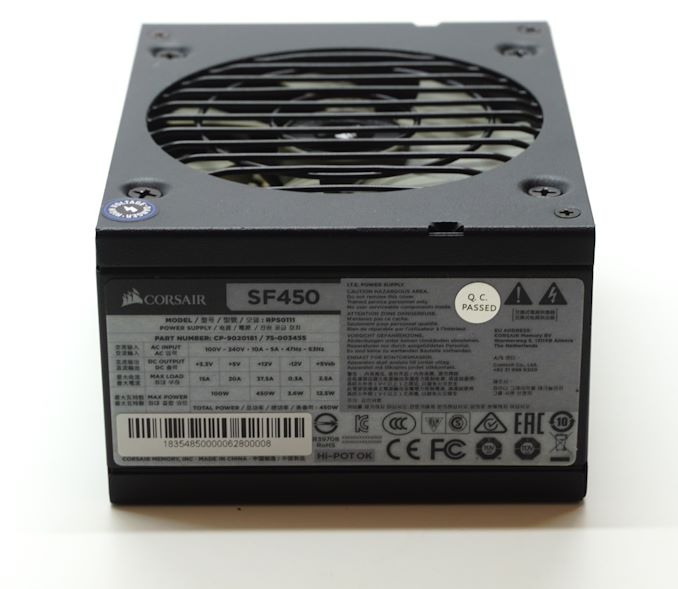 Meanwhile, it’s worth noting that as part of the recall program, Corsair is offering to ship out replacement PSUs in advance. And of course, shipping costs in both directions are being picked up by Corsair.

All told, it's extremely rare to see a recall notice put out for power supplies, and particularly high-end units like Corsair's SF series. Which, if nothing else, makes it a notable event.

The full details on the program, including how to identify affected PSUs, can be found on Corsair’s forums. Affected users can then file a ticket for an advance RMA over on Corsair’s support website.