As rumors circulate of a new iPad mini coming sometime next year, Parker Ortolani has shared a new concept that imagines what a redesigned iPad mini might look like. The concept takes the design language of the modern iPad Pro and applies it to the smaller iPad mini.

Ortolani’s concept imagines an iPad mini that’s nearly 20% smaller than the current iPad mini design. In this scenario, Apple would retain the same 7.9-inch display, but dramatically reduce the bezel sizes to reduce the overall footprint. Essentially, this would be an iPad Pro mini, featuring the nearly bezel-less design and Face ID instead of Touch ID.

Reliable Apple analyst Ming-Chi Kuo has suggested that Apple will release a new iPad mini with a display between 8.5-inches and 9-inches during the first half of 2021. Realistically, there are two possibilities here. One, Apple could simply be planning to increase the screen size of the iPad mini to further separate it from the larger 6.7-inch iPhone 12 we expect this year.

Alternatively, Apple could reduce the iPad mini’s bezel sizes in order to fit the larger 8.5-inch or 9-inch display in a similar form factor as the current 7.9-inch iPad mini. In this case, the overall footprint of the iPad mini would stay the same, but there would be a larger screen flanked by smaller bezels.

Here’s a side-by-side comparison between what Ortolani’s concept imagines and the current 7.9-inch iPad Pro: 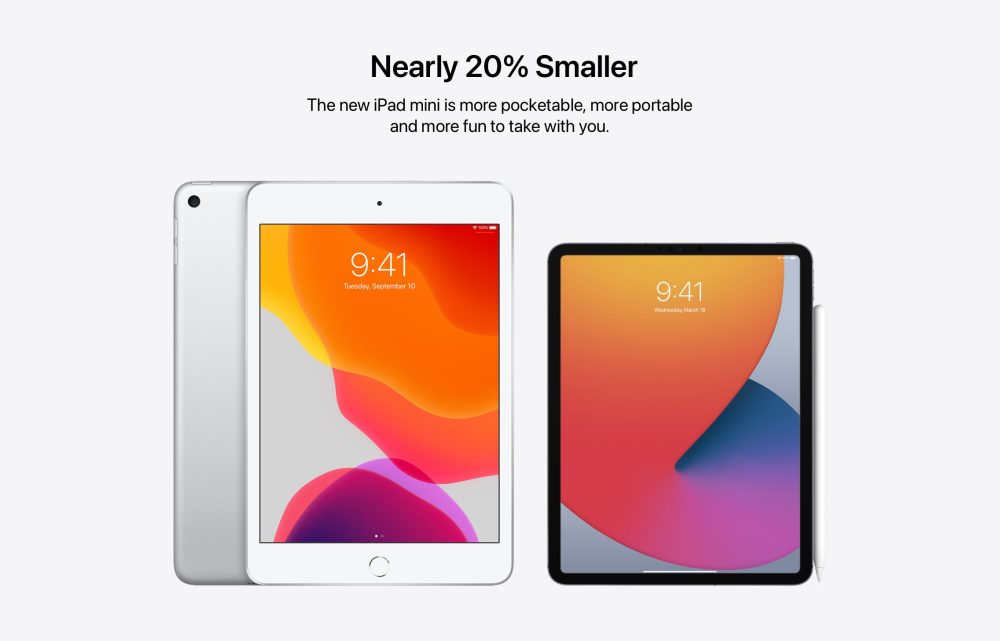 Apple last updated the iPad mini in 2019, bringing a faster A12 Bionic processor as well as other improvements. What do you think of these rumors? Do you want a smaller iPad mini or one that’s the same size, but with a larger display? Let us know down in the comments!