9to5Mac is brought to you by Concepts App. Sketch and design your ideas on an infinite canvas with flexible vector ink. Available on iPad and iPhone. Try it for free.

Over the years, the role of the iPad in Apple’s product lineup has shifted dramatically. Whereas Apple once sold a singular iPad model, it now sells several different options tailored to different budgets and use cases. There are a few key reasons the iPad has become a productivity device in my workflow rather than purely a consumption device.

Perhaps most importantly, Apple’s accessories for the iPad have become much more powerful. Many people forget that Apple sold a keyboard dock for the first-generation iPad, but it was very limiting in a few key ways: it only worked in portrait orientation, it was bulky, and it attached to the iPad only via the 30-pin dock connector.

As I wrote last week, the iPad Pro with Magic Keyboard serves as my go-to option for mobile editing, writing, and even podcasting when necessary. The Magic Keyboard improves my productivity in all of these areas and has become an integral part of my setup.

Apple has also extended the iPad accessory lineup to the lower-end iPad models as well. This means you can take advantage of things like the Apple Pencil and Smart Keyboard on even the $329 iPad.

Then there is the iPad hardware itself. Across the board, the iPad lineup is powerful and capable enough for nearly anything you might throw at it. One of the key features of the iPad for me is integrated LTE support. Apple has long refused to make a MacBook with cellular connectivity, and the iPad Pro with LTE is able to fill that gap for me. 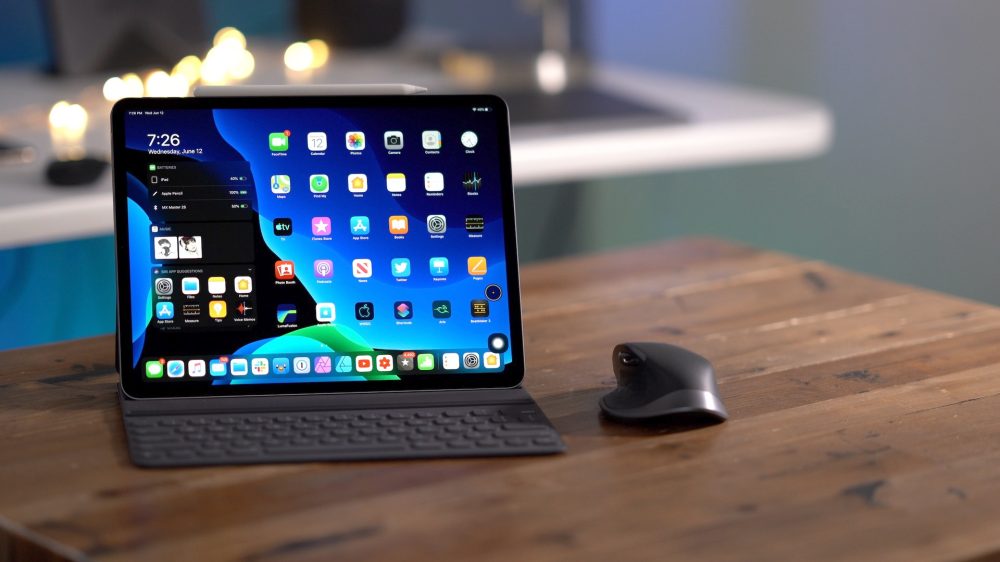 But the iPad’s transition from consumption to productivity in my workflow has been because of more than just hardware. Last year, Apple split the iPad off from iOS and introduced iPadOS 13 to the public.

One of the biggest and most important changes in iPadOS 13 for my workflow has been the introduction of a desktop Safari experience. In the past, websites would often serve iPhone-optimized pages, the iPad now fetches and renders websites like a Mac. Small text and buttons are automatically scaled up to be accessible for touch input. Having a desktop-like Safari experience on the iPad has been a major improvement in usability, especially when paired with the Magic Keyboard.

Another key feature of iPadOS is the Files application. You can plug in a USB hard drive or memory stick, either directly into the 2018 iPad Pro’s USB-C port or using dongles for older models, and access all the files and folders using the new Files app.

With these new features, third-party applications can also become more powerful. My go-to example here is Ferrite Recording Studio, which is a powerful audio editor that quickly adopts the latest and greatest iPadOS features.

For more on the iPadOS software experience, check out my full iPadOS 14 wish list right here. 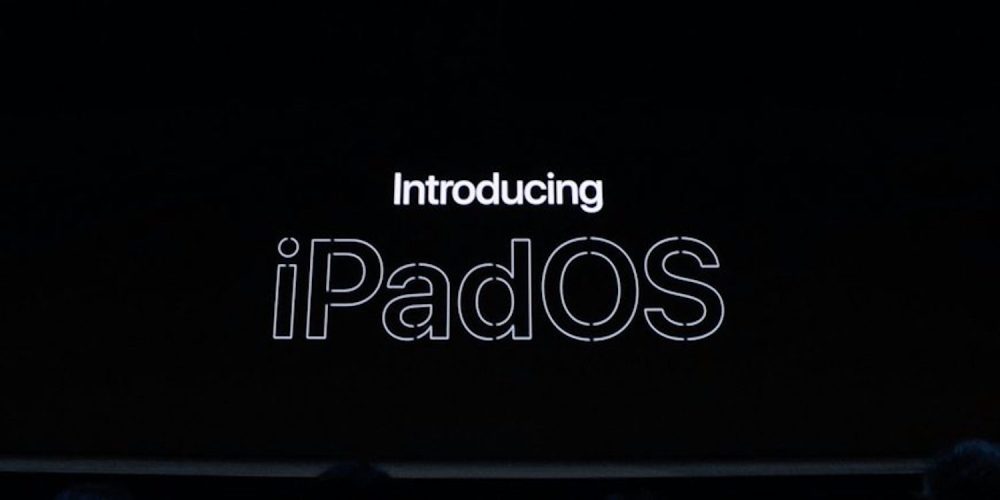 Going forward, I’m confident that iPadOS will continue to add more powerful features because of its split from iOS. Whereas features are still similar between the two operating systems today, last year’s introduction of the iPadOS platform certainly lays the groundwork for feature differentiation in the future.

Perhaps most importantly, the iPad is now an incredibly versatile machine. Not only is it excellent for content consumption, but it’s also now a powerful tool for content creation and productivity of any sort — especially if you pair it with accessories like the Smart Keyboard or Magic Keyboard and an LTE connection.

Over the years, the iPad has become a key part of my workflow because of the improvements made to the accessory ecosystem and iPadOS itself. Features like the Files app, trackpad support, and desktop-like Safari have made a drastic improvement to my workflow.

What do you think of the iPad’s evolution since 2010? What do you want to see in the future? Let us know down in the comments!

9to5Mac is brought to you by Concepts App. Sketch and design your ideas on an infinite canvas with flexible vector ink. Concepts App is available for iPad and iPhone. Try it for free.

Comment: How iPads have transitioned from consumption devices to productivity devices originally appeared on 9to5mac.com