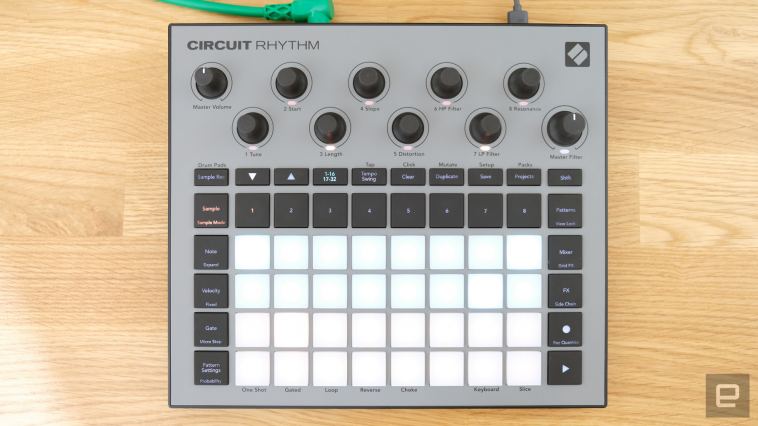 Novation teased us back in February with the Circuit Rhythm, but we had almost no information beyond the fact that it was sample-based and what we were able to tease out of the labels on the front. Well, the Rhythm is officially here and it offers a pretty compelling marriage of the Circuit workflow and SP-404 style beatmaking for $400.

At its core the Circuit Rhythm is built on the same platform as the Circuit Tracks. It even has the same chassis (just in light gray instead of black) and rechargeable battery as the Tracks. The heart of any Circuits though is the eight-track 32-step sequencer and 32-pad control surface. They also have several built-in effects, plus mutate and probability features for adding variation and evolving your patterns.

You’ll even find the same exact selection of I/O ports on the back, including MIDI in, out and thru, analog sync, plus a USB-C port, a microSD card slot, a headphone jack, stereo audio outs and two audio ins.

But where the audio-ins on the Tracks are two mono audio feed for the mixer, on the Rhythm they’re stereo ins for the sampler. And instead of having two dedicated polyphonic synth engines, two external MIDI tracks and four drum tracks, the Rhythm has eight sampled tracks that can be anything you like. You can load up track one with some kick and snare one shots, throw a shaker loop on track two, play a bass sample chromatically on track three and then chop up some strings on track four. And you’ll still have four more tracks for adding little bits of ear candy.

In addition to the reverb, delay and sidechain effects you’ll find in the Tracks, the Rhythm also has what it calls Grid FX for live performance. These are punch-in effects that definitely draw some inspiration from classic sampling workstations like the SP-404 and SP-303 favored by the likes of J Dilla and MF Doom. There’s beat repeat, gate, vinyl simulation, phaser, auto-filter, digitize and reverse.

Key to capturing the vibe of those classic machines though are the sampling features. For one, you can resample a loop you’ve processed through those effects to bake in some compression and vinyl crackle, before chopping it up and rearranging your beat for even more stuttering, lo-fi goodness. But, crucially, it can also sample external audio via stereo ins and outs and then slice it up either automatically into equal chunks or manually by tapping pads as the sample plays to insert slices. That gives it a big leg up over some other budget grooveboxes like the Elektron Model:Samples.

The big question is whether or not the Circuit workflow, which eschews a screen for a series of function pages that you navigate with the RGB pads, will be as intuitive for manipulating samples as it is for playing synth bass. To answer that though, you’ll have to wait for our review (which is already under way).

The Novation Circuit Rhythm is available to preorder now for $400 and will ship in mid July.

Circuit Rhythm is a portable $400 sampler for budding beatmakers originally appeared on Engadget.com 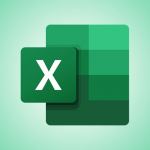 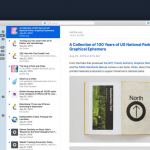