Let’s talk about chargers. They are, quite possibly, the least exciting thing about a computer. Don’t get me wrong. They’re necessary, obviously. But when was the last time you got really psyched about one?

And yet, here I am, tech blogger guy telling you that today is the first day of the rest of your charger-loving life. Why? Because of three alternately cased letters: GaN. Back at CES, I wrote a piece titled “GaN chargers are still worth getting excited about.” I stand by it. And you, too, will stand by GaN. 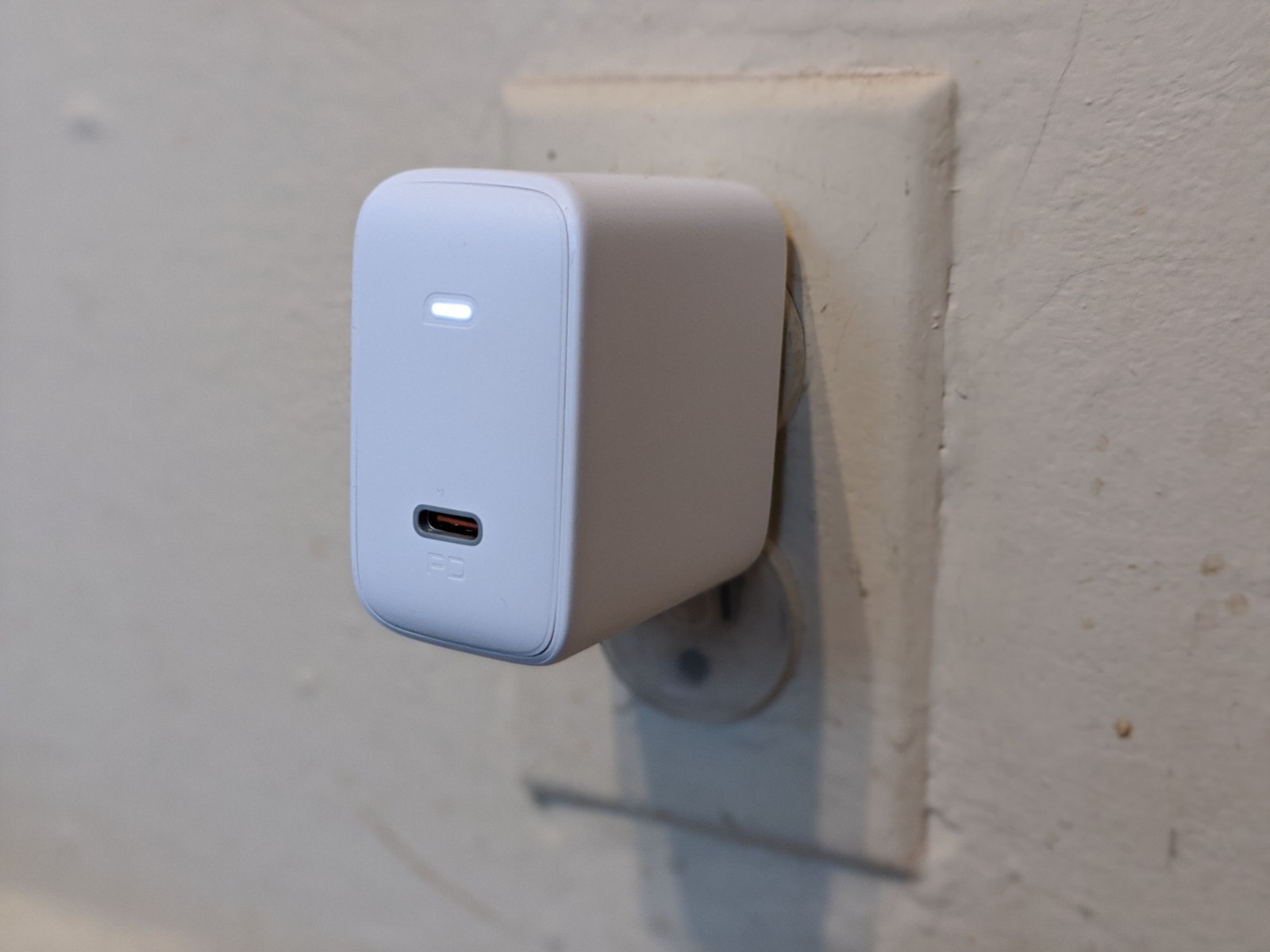 That’s short for Gallium Nitride, by the way. The main thing you need to know about it is that it has allowed accessory manufactures to jam a lot of wattage into a surprisingly compact footprint. I’ve been pretty smitten with them since picking up Anker’s 30w PowerPort Atom the CES prior. The thing wasn’t the world’s fastest charger, but it did the trick for a 13-inch MacBook with a footprint just slightly larger than the charger that ships with the iPhone.

These days, however, I lug around a 15-inch laptop, so 30 watts really isn’t going to do much. In fact, you’ll actually watch the battery drain while plugged in. I tried out a couple of new adapters at this year’s CES, as well, but none really scratched the itch. Aukey’s $55 OMNIA 100W PD Charger, on the other hand is pretty close to my sweet spot.

It’s half the size of Apple’s proprietary charger, sharing roughly the same footprint as the Google Pixelbook adapter I’ve been carrying around for a couple of years. But that one’s just a modest 45w. Heck, it’s even more powerful than the 96w model Apple sells for the 15 and 17-inch models. 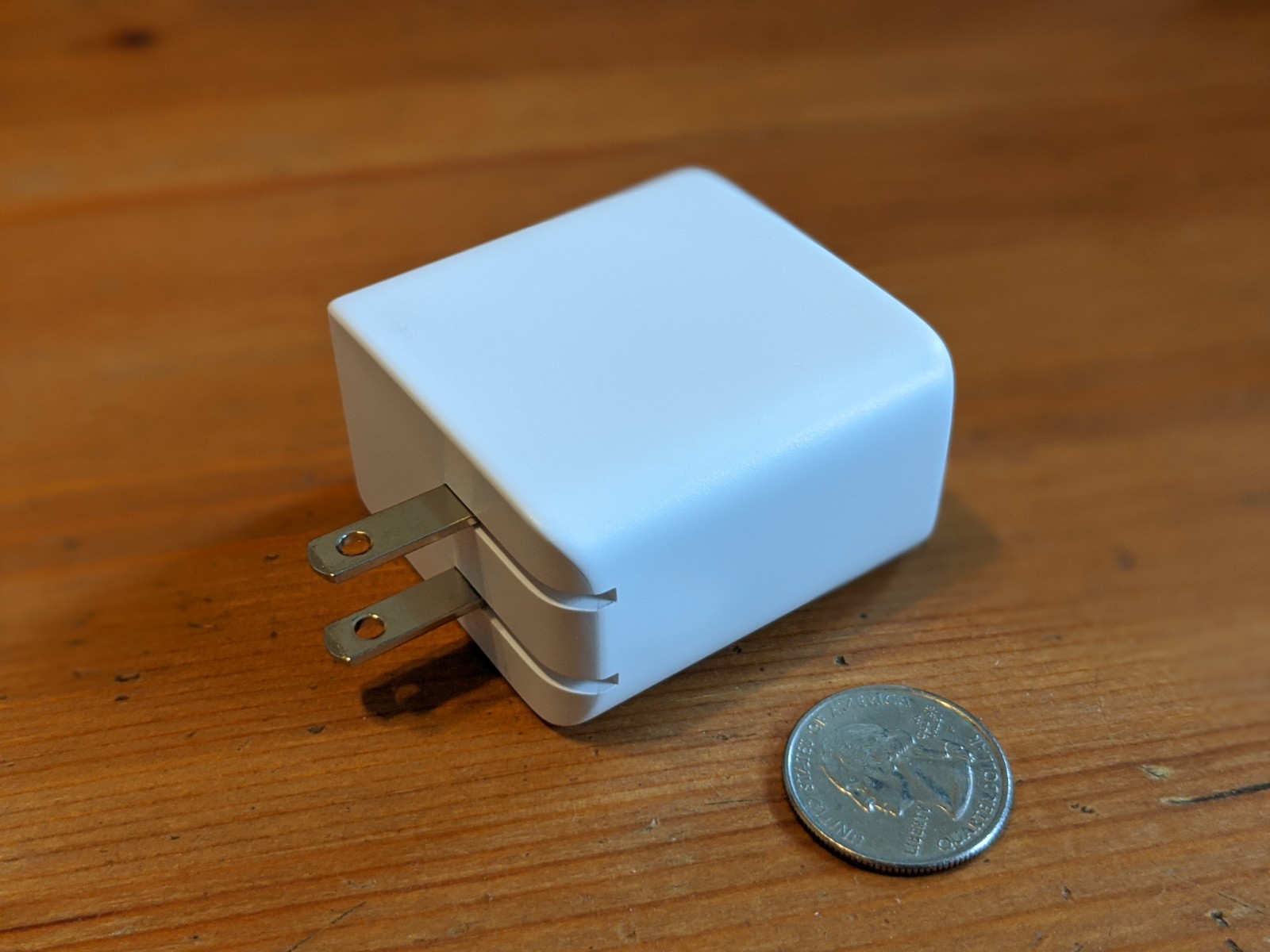 The size is ideal, though, in part owing to the fact that Aukey didn’t attempt to stick another port on it. This is a one-device-at-a-time charger, which is perfectly fine for most of my needs, and it’s going to have a permanent spot in my bag in that far off time when I’m able to start traveling again.

I will say that it’s surprisingly heavy for its size. This is a dense little charger. It stays put in all of my wall outlets, but it’s going to be a test to see if it stays in place in Delta’s notoriously loose seat chargers. My suspicion is that it most likely won’t — making that a fairly big strike against it for my own once-frequent traveling. The good news is that these companies seem to have an even smaller model every four to six months.

In the meantime, it’s an otherwise great option if you’re looking for a lot of charge in a small footprint, at $24 less than Apple’s 96w model.