Arrikto, a startup that wants to speed up the machine learning development lifecycle by allowing engineers and data scientists to treat data like code, is coming out of stealth today and announcing a $10 million Series A round. The round was led by Unusual Ventures, with Unusual’s John Vrionis joining the board.

“Our technology at Arrikto helps companies overcome the complexities of implementing and managing machine learning applications,” Arrikto CEO and co-founder Constantinos Venetsanopoulos explained. “We make it super easy to set up end-to-end machine learning pipelines. More specifically, we make it easy to build, train, deploy ML models into production using Kubernetes and intelligent intelligently manage all the data around it.”

Like so many developer-centric platforms today, Arrikto is all about “shift left.” Currently, the team argues, machine learning teams and developer teams don’t speak the same language and use different tools to build models and to put them into production.

Arrikto also aims to reduce the technical barriers that still make implementing machine learning so difficult for most enterprises. Venetsanopoulos noted that just like Kubernetes showed businesses what a simple and scalable infrastructure could look like, Arrikto can show them what a simpler ML production pipeline can look like — and do so in a Kubernetes-native way. 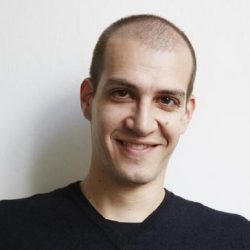 At the core of Arrikto is Kubeflow, the Google -incubated open-source machine learning toolkit for Kubernetes — and in many ways, you can think of Arrikto as offering an enterprise-ready version of Kubeflow. Among other projects, the team also built MiniKF to run Kubeflow on a laptop and uses Kale, which lets engineers build Kubeflow pipelines from their JupyterLab notebooks.

As Venetsanopoulos noted, Arrikto’s technology does three things: it simplifies deploying and managing Kubeflow, allows data scientists to manage it using the tools they already know, and it creates a portable environment for data science that enables data versioning and data sharing across teams and clouds.

While Arrikto has stayed off the radar since it launched out of Athens, Greece in 2015, the founding team of Venetsanopoulos and CTO Vangelis Koukis already managed to get a number of large enterprises to adopt its platform. Arrikto currently has more than 100 customers and, while the company isn’t allowed to name any of them just yet, Venetsanopoulos said they include one of the largest oil and gas companies, for example.

And while you may not think of Athens as a startup hub, Venetsanopoulos argues that this is changing and there is a lot of talent there (though the company is also using the funding to build out its sales and marketing team in Silicon Valley). “There’s top-notch talent from top-notch universities that’s still untapped. It’s like we have an unfair advantage,” he said.

“We see a strong market opportunity as enterprises seek to leverage cloud-native solutions to unlock the benefits of machine learning,” Unusual’s Vrionis said. “Arrikto has taken an innovative and holistic approach to MLOps across the entire data, model and code lifecycle. Data scientists will be empowered to accelerate time to market through increased automation and collaboration without requiring engineering teams.”