Between four new iPhones, new Apple Watches, new iPads, and new subscription plans, you might think Apple would call its year of announcements done. But you’d be wrong. Apple just announced a “One More Thing” event, scheduled to take place on November 10 at 10 a.m. PST.

November 10th #AppleEvent is on! pic.twitter.com/REVXtsyHdp

The phrase “One More Thing” should be instantly recognizable to anyone familiar with Apple announcements. Though it doesn’t always happen, often just after the concluding remarks that seem to be ending the event, Steve Jobs (and since his passing, Tim Cook), would utter the words “one more thing” and surprise announce a new product or service.

“One More Thing” led to the iPod mini, the MacBook Pro, and the iPhone X, among other notable entries. And now the company is dedicating an entire event to the storied phrase.

We don’t know for certain what Apple has up its sleeves, but it’s easy to speculate. The company already promised a future with ARM-powered MacBooks, and that’d be our first guess. But the last few events came with rumors of new headphones dubbed AirPods Studio, and a Tile-like device dubbed AirTags.

All we can do is wait and see, but we’ll update you with all the details when Apple drops the other half of “One More Thing.”

Apple Says It Has “One More Thing” to Tell Us on November 10 originally appeared on HowToGeek.com 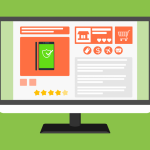