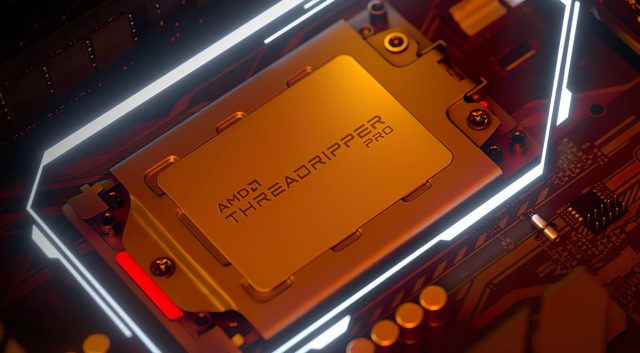 Back in 2020, AMD launched its Threadripper Pro lineup. Prior to this launch, AMD’s Threadripper line was essentially a scaled-back Epyc server chip with half as many DRAM channels. Threadripper Pro equalized the two platforms and gave AMD an eight-channel workstation platform. The new WX-series Threadripper Pro 5000 CPUs are based on the Zen 3 core and offer several upgrades compared to older models.

AMD’s non-Pro Threadripper family remains based on Zen 2, so these new Pro CPUs will be the fastest chips AMD offers in its workstation and server lineup. The new CPUs are expected to deliver the ~15 percent IPC uplift that Zen 3 featured over Zen 2, thanks to the improvements and efficiency gains AMD introduced in that CPU core. The new CPUs also pick up a small core clock improvement, with a bump to 4.5GHz maximum clock up from 4.3GHz. The Threadripper Pro 5000 series will also benefit from the core complex changes that AMD made with this family and the re-architected L3 cache that Zen 3 fields. We won’t review all the changes AMD made when it introduced Zen 3, but to quickly review: Zen 3 chiplets unify the L3 cache that was previously subdivided between the two quad-core complexes within the chiplet. With Zen 2, each quad-core cluster could access up to 16MB of L3. With Zen 3, each eight-core cluster can access up to 32MB. The access latency penalty associated with snooping the 16MB L3 partition in another chiplet has been eliminated. AMD claims that these gains have helped the company seize market share in workstations. For those of you keeping track at home, AMD launched the original Threadripper back in the summer of 2017. By Q1 2021, the company had secured just 33 percent of the workstation space. By Q4 2021, its market share had risen to 60 percent. These numbers reflect the difficult time Intel had competing during the relevant period, but they also show the slow work AMD did to build customer trust and OEM interest over multiple generations of its product. Threadripper was always going to hit these figures if AMD maintained its leadership over Intel. Now, the question is how things will evolve as Intel introduces Alder Lake-based Xeons. AMD is bringing back its 24-core segmented part after eschewing it with the Threadripper Pro 3000. The top-end 5995WX only sees a boost clock improvement of seven percent, but several CPUs pick up boost clock gains of two to three percent. Base clock tends to be a more reliable indicator of absolute performance increases than boost clock, so we’d expect AMD’s 5000 series to offer a two to five percent performance improvement based on clock speed alone. IPC gains, as we’ve said, should account for another 1.1x – 1.2x (1.15x average) depending on workload characteristics.

AMD has also added an additional eight PCIe 4.0 lanes, bringing the total to 128, up from 120. It isn’t clear if the lanes are attached via the chipset or directly implemented on the CPU. There was no mention of the Zen 3+ core, so this iteration of TR Pro doesn’t have the same power-saving capabilities AMD implemented in its mobile line. It’s also a DDR4 CPU, not a DDR5 chip.

Sizing Up the Competition:

AMD has compared itself against the Intel Xeon W-3300 series, which it handily outperforms based on specs and performance characteristics. While the W-3300 is a fine comparison for today, we already know that Intel’s Alder Lake-based Xeons, codenamed Sapphire Rapids, are on the way. These chips will feature new CPU cores with demonstrated higher performance. Some of them will offer on-package HBM caches to further improve performance, though they’ll undoubtedly carry price tags to match. AMD has published slides comparing its performance against the W-3300. As always, manufacturer performance claims should be taken with a grain of salt, but the core count differences between the two architectures make these claims fairly believable. Compared core-to-core, AMD’s claimed performance advantage varies widely, from ~13-15 percent in Revit RFO to as much as 40 percent in Unreal Engine. This is an argument AMD has made several times over the past few years. During Ryzen’s lifetime, AMD’s greatest advantage over Intel has been in the server and workstation markets. Software in these markets is more likely to support high core counts and AMD has had more PCIe lanes and features like PCIe 4.0 in market for longer than its competitor. The Xeon Platinum 8280 has been superseded by the Xeon Platinum 8380 based on Ice Lake, with up to 40 CPU cores, not 28. The 5995WX would probably still beat the Xeon Scalable 8380 in some benchmarks, but the performance gap would not be as large. For now, the Ryzen Threadripper Pro 5000 family will be OEM-only. AMD launched the original Threadripper Pro family in similar fashion before later opening the product to customers. Hopefully the company will follow a similar trajectory here and make these motherboards and CPUs available to individual customers. 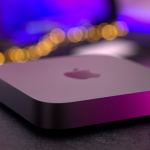 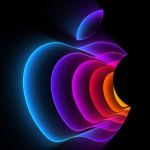