Adobe released a smart new feature today—Adobe Liquid Mode— that will make it easier for people to read PDFs on their smartphone. Instead of pinching and squinting your way through a PDF, the new feature, now available in Adobe Acrobat Reader, uses Sensei (Adobe’s AI) to reconfigure it and make it smartphone-friendly.

Liquid Mode is incredibly convenient and easy to use. Once you’ve got a PDF open in Reader, simply tap the liquid droplet button at the top of the page, and the AI kicks in and adjusts the layout so the document is more readable.

It increases the size of headings and text so you won’t have to zoom in anymore. The feature also lets you search text, and keep large documents in check with collapsible sections. There’s even a separate button that lets you manually adjust word and line spacing along with font size.

Adobe Acrobat Reader is available for free for both iOS and Android. The Liquid Mode feature is also supported for Chromebooks with Google Play Store access. Hopefully the handy tool will roll out for desktop users eventually as well. 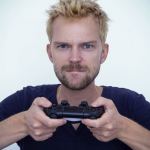