Everyone loves movies, and watching movies is great for family togetherness. So why not celebrate Mother’s Day by watching a movie with your mom? From movies about moms to movies moms will love, here are 10 perfect movies to watch with your mom on Mother’s Day.

Far too many Disney animated protagonists are burdened with dead mothers, so it’s refreshing for Pixar’s contribution to the Disney princess genre to take the opposite approach. Brave focuses on the relationship between headstrong, independent Scottish Princess Merida (voiced by Kelly Macdonald) and her disapproving mother Queen Elinor (Emma Thompson).

When Merida accidentally transforms Elinor into a bear, the combative mother and daughter must put their differences aside to find a solution, restoring their emotional bond in the process.

British period drama Downton Abbey may be the ultimate mom show, with its gentle stories of family discord among the upper class. The ultra-wealthy Crawley family and their surprisingly contented servants return for this movie sequel to the series, in which everyone gets ready for a visit from the King and Queen of England. You don’t even need to have seen the series to appreciate the sedate humor and warm character relationships. Just let mom fill you in on the details.

Writer-director Lulu Wang’s The Farewell is more about the main character’s relationship with her grandmother than with her mother. But it’s a tender and funny look at generations of motherhood as snarky Chinese-American Billi (Awkwafina) travels to China for a hastily planned wedding.

The wedding is really an excuse for family members to gather and say goodbye to Billi’s grandmother, who doesn’t know that she’s been diagnosed with cancer. Wang explores cultural differences in how families handle illness and death, but mostly, she crafts a heartwarming story that will make you want to call your grandma.

The Farewell is streaming on Amazon Prime ($119 per year) and for free via many local libraries on Kanopy.

If Beale Street Could Talk

Regina King won an Oscar for her portrayal of a fiercely dedicated mother in Barry Jenkins’ lovely adaptation of James Baldwin’s novel. In 1970s New York, King’s Sharon is determined to provide a better life for her daughter Tish (KiKi Layne) and Tish’s unborn child. Sharon takes it upon herself to clear the name of Tish’s boyfriend Fonny (Stephan James), who’s been falsely accused of rape.

The movie is a love story between Tish and Fonny, but it’s also a story about motherly love (both Sharon’s for Tish and Tish’s for her baby).

The Kids Are All Right

One mom is great, but how about two moms? That’s what teenagers Laser (Josh Hutcherson) and Joni (Mia Wasikowska) have in The Kids Are All Right. Their married moms Nic (Annette Bening) and Jules (Julianne Moore) are loving and supportive, but the kids still want to reach out to their sperm donor dad Paul (Mark Ruffalo). While Paul’s presence causes some family disruption, it ultimately strengthens the bond between the two women and their curious kids.

The Kids Are All Right is streaming for free with ads on Peacock and Pluto TV and is available for digital purchase ($9.99+) and rental ($3.99) from Amazon, Google Play, Vudu, and other digital services.

The title character of Greta Gerwig’s Lady Bird is often an entitled brat, but that’s pretty common for a teenager. Lady Bird (Saoirse Ronan) lashes out at her mother (Laurie Metcalf) for not providing her with the cosmopolitan life that she thinks she deserves. She can’t wait to leave her family and her dead-end hometown of Sacramento to go to college, but as the movie progresses, Lady Bird realizes just how much her mother sacrificed for her.

There are no big emotional breakdowns or reconciliations, just a quietly growing appreciation between mother and daughter.

Lady Bird is streaming on Netflix ($8.99+ per month) and for free via many local libraries on Kanopy.

Mildred Pierce (Joan Crawford) would do anything for her daughter Veda (Ann Blyth), possibly including criminal acts. The vain, ungrateful Veda takes her mother for granted and always demands more sacrifices to fuel her self-indulgent lifestyle. Michael Curtiz’s noirish film is a portrait of maternal sacrifice as well as a captivating mystery, opening with the murder of Mildred’s second husband. Mildred’s devotion to her daughter may be misguided, but it’s also pure and unconditional.

Albert Brooks brought Debbie Reynolds back to the screen for her first substantial movie role in 20-plus years when he cast her as his mother in this 1996 comedy. Brooks stars as a neurotic author who moves in with his mother (Reynolds) in order to better understand his failed relationships with women.

Both mother and son have lots of emotional baggage to unpack, which they do in an awkward comedic fashion. But the movie is ultimately about how much the two characters have in common, and Brooks honors Reynolds as much as his character (eventually) honors his own mother.

Mother is available for digital purchase ($9.99+) and rental ($2.99+) from Amazon, iTunes, Google Play, Vudu, and other digital services.

Norman Bates (Anthony Perkins) really loves his mother. He loves her so much that he does some pretty horrifying things in her name, but he seems like such a nice young man that it’s hard not to find his behavior sort of sweet (in a twisted way).

Some moms may not be up for watching Alfred Hitchcock’s horror classic, but if your mom is also a little twisted, she may appreciate Hitchcock’s mastery of suspense and his impeccable eye for composition. Just be sure not to emulate Norman’s idea of being a dutiful son.

Psycho is available for digital purchase ($8.99+) and rental ($3.99) from Amazon, iTunes, Google Play, Vudu, and other digital services.

Filmmaker Mike Mills crafts a tribute to the many women who raised him in 20th Century Women. Annette Bening, Greta Gerwig, and Elle Fanning play three women of different generations in 1970s Southern California, all of whom contribute to the upbringing of Mills’ stand-in, teenager Jamie (Lucas Jade Zumann).

Although Jamie ties the movie together, the story is really about these women finding their way in the world. The love and respect that Mills has for his mother (and the maternal figures in his life) come across in every scene.

20th Century Women is streaming on Netflix ($8.99+ per month) and for free via many local libraries on Hoopla and Kanopy.

10 Best Mother’s Day Movies to Watch with Your Mom originally appeared on HowToGeek.com 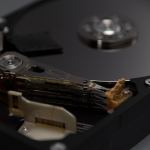 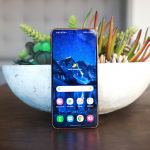